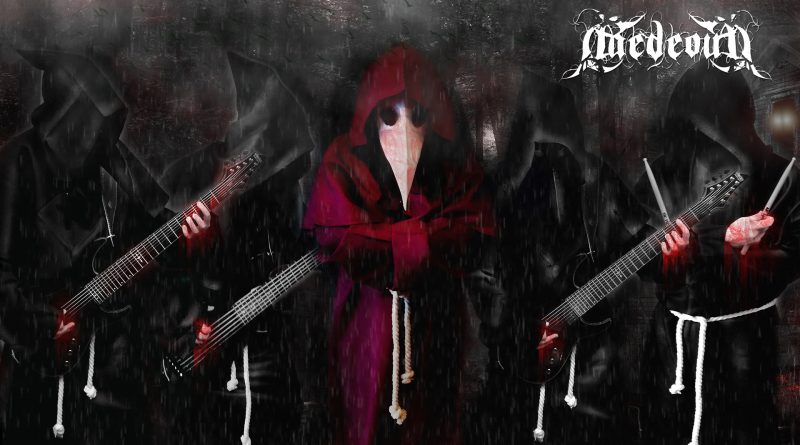 Caedeous is a portuguese project of extreme symphonic metal that will release its debut, “Domini Tenebrarum on the 20th February of 2018. “Rise Of Marion” is the first video released and you can watch it below.

You can pre-order “Domini Tenebrarum” on iTunes and Amazon. More info at https://www.facebook.com/caedeous/

“”Soothsayer” its a critic to the fascist state and religious opression based on Lucifer’s myth. The Lyrics reflect his drama, who was betrayed and stroke down by divine power, with his expulsion the plenitude of all God’s sins. “Soothsayer” reflects celestial dictatorship, religious intransigence that reflects in mankinds attitudes”.

The statemente above is from singer/bassist e leaves no room for doubt about the critical nature of Heavenless, in this specific case through the lyrics of “Soothsayer”, one of the songs in the debut album of the band, “Whocantbenamed”, released in the beginning of the year by Rising Records.

“Soothsayer” has now a lyric video produced by Marcelo Silva of Miotn Design (Krisiun, In No Sense, Matakabra). You can watch it below:

Italian Death Metal/Deathcore stalwarts THE MODERN AGE SLAVERY have released a lyric video for “The Theory of Shadows,” a track from forthcoming album Stygian. Check it out below:
Innerstrength Records will release Stygian on November 24. Pre-orders are available at:
https://innerstrengthrecords.bandcamp.com/album/the-modern-age-slavery-stygian