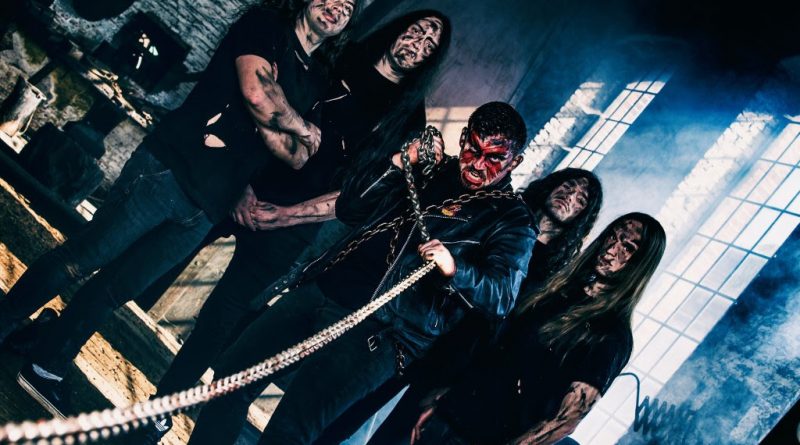 Belgian death metal outfit CARNATION are now streaming the third track taken from their new album, ‘Chapel of Abhorrence’, which has been slated for worldwide release on August 17th, 2018. The song “Sermon of the Dead” is currently streaming in the form of a brutal music video below:

CARNATION comment on the video: “Sermon of the Dead is the third and final track we will premiere before the release of the album. We were inspired by ancient rituals and cult activities while writing the lyrics for this track. Conceptually the song focuses on a ritual of passing where one will leave the mortal realm. His or her body will be anointed by the blood of servants or slaves for spiritual protection. To continue their service, even beyond death.”

On September 21st, symphonic death metal collective MaYaN will enlighten your spirit with their epic new album »Dhyana«. For this prodigious third studio masterpiece, the international 10 piece raised over €40.000 through a crowdfunding campaign and enlisted the skills of The City Of Prague Philharmonic Orchestra, known for their work in cinematic features such as the Star Wars saga, Hannibal and many more. The new full-length release reflects on conceptual themes such as selfawareness and relinquishing our ego and self-conceited tendencies to find out who we truly are.

Now, you can finally get a first impression of »Dhyana« through the band’s first single, ‘The Rhythm of Freedom’ that comes with a lyric video. Watch it here:

Mastermind Mark Jansen states:
“‘The Rhythm of Freedom’ references the sensation of pure freedom you feel when riding your bike or bicycle. This also refers to the album title »Dhyana«, which stands for the moment where the mind gets absorbed by the heart and you feel total happiness without worries about the past and future. But the mind, like a predator, is always waiting for the moment to take over control again.

We picked this song as our first single as it’s the first impression people will get from the new MaYaN album. In it you hear the dynamic sounds in our music, layered with the City of Prague Philharmonic Orchestra who we recorded this album with. Expect a song that is heavy, yet melodic. Enjoy!”

Pre-order starts today and you can now get the format of your choice via this link:
http://www.nuclearblast.com/mayan-dhyana

Monstrous black/doom/punk chimera MANTAR have released the official video for another brand new song off of the band’s new album, »The Modern Art Of Setting Ablaze«, which is set to be unleashed August 24, 2018 via Nuclear Blast. Check out ‘Seek + Forget’ here: