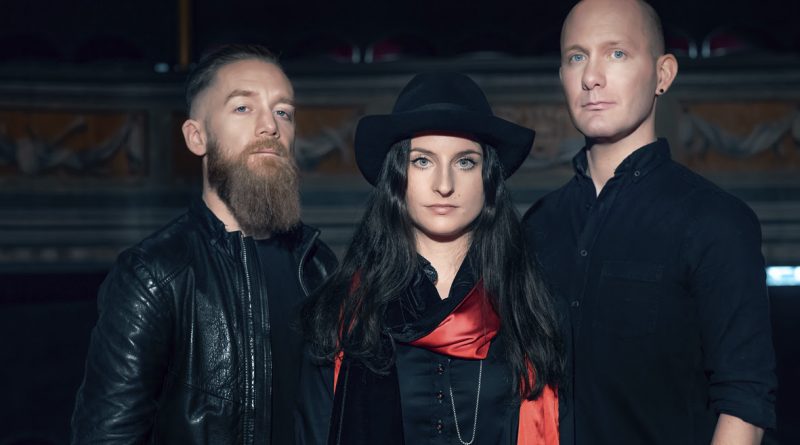 On March 22nd, Switzerland’s CELLAR DARLING will release their new concept masterpiece»The Spell«, which tells the story of a girl who falls in love with death. With the two previous singles, ‘Insomnia‘ and ‘The Spell‘, the fans could already see the band taking a turn towards heavy progressive rock while still not neglecting their folk roots.

This Friday, February 15th, the trio consisting of Anna Murphy, Merlin Sutter and Ivo Henzi will reveal another chapter of »The Spell« – their third single called ‘Death‘.CELLAR DARLING once again surprise with the incredible variety in their music: an enormous, sweeping chorus that goes straight under the skin, bone-crushing riffs that do the song’s name justice, and a doomy instrumental section that quotes BLACK SABBATHand features an epic flute solo.

The video for the epic track was once again created by Costin Chioreanu and you can watch it below:

In addition, the band will be available for an online Q&A meeting with their fans right after the premiere, at the same link in the YouTube comment section. Drummer Merlin Sutterstates:

“We will be hanging out in the comments section for one hour, where we’ll try to answer as many of your questions as possible — a chance for you to find out more about the song, the video, and the album!”

And stay tuned, Darlings: On March 8th, the band will unveil their 4th single, ‘Drown‘, which has been chosen by hundreds of fans in an online voting.

Pre-orders for CELLAR DARLING‘s sophomore concept album »The Spell« are available now and you can get the album as 2 CD-digibook (featuring 13 songs + an audiobook ofAnna Murphy telling the story behind the concept), black vinyl or digitally via this link:
http://nblast.de/CDTheSpell

Japan’s leading traditional heavy metal band ANTHEM release a lyric video for their re-recorded hit ‘Immortal Bind’, a fast-paced track that will give you a good impression of the energy in “Nucleus”. Watch the lyric video, here:

Get the single digitally here: http://nblast.de/AnthemImmortalBind

You can also pre-order ANTHEM‘s completely re-recorded greatest hits album “Nucleus”now in the formats 2CD and 2LP, via the following link: http://nblast.de/AnthemNucleus

Greek thrashers Warhammer shared their latest lyric video created to the track “Pandemonium”, taken from their latest album, 2017’s “At the Threshold of Eternity”. Below you can watch it: