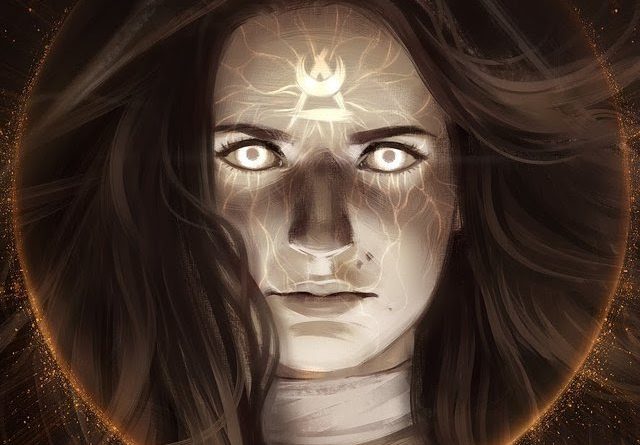 Cellar Darling unleash QUEEN cover for ‘The Prophet’s Song’ along with a unique video!

ust before the start of their UK headline tour, the Swiss rock high-flyers CELLAR DARLING share their version of an enchanting masterpiece by QUEEN. The trio turned ‘The Prophet’s Song’ into an awesome video and the song is available for the first time on all digital services for stream and download.

“Just in time for our very first headline UK tour, we’ve decided to release our cover version of legendary Queen’s “The Prophet’s Song” digitally — a befitting tribute (we hope) to the incredible rock music legacy of Britain, and a mighty epic and mysterious tune!

Check it out on Spotify: http://spoti.fi/2py9ypL

We’ve had some proper laughs making the rehearsal *space* video for this song! Thanks to a bit of technology you can, for the very first time, see what we see when we’re ‘in the zone.’ Here’s the magic, in its full splendour, captured on video. Merlin and Ivo kept zapping in and out of reality though — presumably to the far reaches of alternate universes, perhaps on a quest for inspiration for our next album…

We can’t wait to play it live for you during our very first UK tour in just a few days!

The beautiful artwork (see above) was created by immensely talented Celtic Botan from Brazil! We shall buy her a Caipirinha or two when we head over there in May. Check out her other work at http://instagram.com/celticbotan!

The war rages on! The second album from old school metal veterans MEMORIAM, »The Silent Vigil«, is out now. Just a year after the release of their debut album »For The Fallen«, the band returns with an authentic, raw offering packed with old school death metal destruction.

In comparison to its predecessor, the new record from MEMORIAM focusses more on the aggressive side of the band’s music. The band have also put a lot of work into developing their sound, creating a monstrous tone that further enhances the imposing warfare. »The Silent Vigil« still sounds like MEMORIAM, without copying the successful first album.

To celebrate the release of the album, the band present a new lyric video for the track
“As Bridges Burn”. Check it out below:

Surprise! CIRCLE OF SILENCE have released the second single and title track of their upcoming album “The Crimson Throne”! You can watch the official video for the song below:

The video has been edited by emefka.bewegtbildmanufaktur (www.emefka.com). CIRCLE OF SILENCE‘s new album will also be available as a limited edition vinyl LP, strictly limited to 300 copies. You can pre-order the album here: https://massacre.lnk.to/thecrimsonthrone

“The Crimson Throne” is once again full of uncompromising power metal. Thrash-y up-tempo songs collide with infectious double bass tracks, which are forming the foundation of the band’s fastest and heaviest album so far. It was mixed and mastered by Kai Stahlenberg at Kohlekeller Studio B. Francisco Garcés (a.k.a. Dibujante nocturno) has created the stunning cover artwork.

CIRCLE OF SILENCE‘s new album “The Crimson Throne” will be released on April 27, 2018 via Massacre Records.