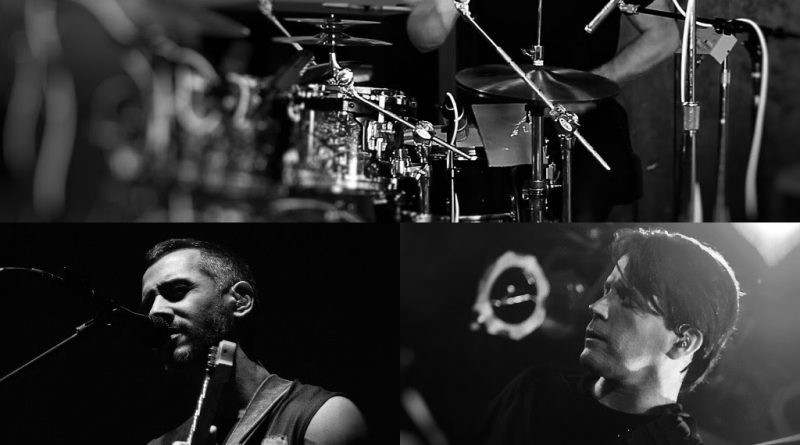 Paul Masvidal has released a new remarkable play-through video for the track “Evolutionary Sleeper”, which was taken from the album ‘Traced in Air’ (2008). You can admire the progressive guitarist demonstrating his art at the link below.

Paul Masvidal comments: “‘Evolutionary Sleeper’ was the acorn for all that became ‘Traced in Air’. Fans have been asking for a play-through of this song since it was released in 2008, and here it is! Thanks to Ivan and Positive Grid”

Indian heavy metal band Against Evil first enthralled listeners when they released their debut ‘Fatal Assault’ on the Indian sub-label of Transcending Obscurity. Three years later, they conjure up enough material to release their debut full length titled All Hail The King which includes their famous song Stand Up And Fight! whose official video went viral in these parts. Their artwork has once again been made by the Croatian artist All Things Rotten (Hirax) and for the first time, there is a guest appearance by Jeff Loomis (Nevermore, Arch Enemy). No stone has been left unturned here in delivering a high quality, anthemic heavy metal album that would hold appeal to just about any metal fan. This here is honest-to-goodness music from a region that still loves its metal the old school way.

The band released their second album titled All Hail the King on April 6th, 2018 independently. Sentenced to Death is Against Evil‘s official video which was released shortly before the album on 26 March. Watch it here:

ALKALOID are unleashing the third crushing track taken from their forthcoming new album, ‘Liquid Anatomy’, which will hit stores on May 18th, 2018. The German and Dutch progressive extremists are now streaming “Chaos Theory and Practice” below:

ALKALOID comment: “This is the second of two new songs in the Dyson saga, which I started on our first album. When we set up the band back in 2012, getting a chance and platform to write these tracks was one of my main reasons to join – and when I had finished the first four songs, I realized that this story had only just begun… This time around, I’m realizing once more that it’s far from finished.

The Kardashev scale, which is used to measure how advanced a spacefaring civilisation is, is nothing less than a technological path leading planet-bound organisms to becoming cosmic overlords – basically, god. In these two new songs, the sentient, self-aware ‘spaceship’ that developed from the swarm of robots that built the Dyson Sphere now finds itself traveling interstellar distances at, well, nothing more than the speed of a truck, pulling the sun with it by a technique called ‘star lifting’. In the song that precedes this one on the album, ‘Interstellar Boredom’, the aeons pass without much change, and it becomes obvious that any meaningful seeding of the galaxy will be impossible at these ridiculous time scales and vast distances. A drastic decision is made: the sphere sets course to Sirius B, the nearest white dwarf star. There, the sphere splits up again into thousands of little self-contained worldlets, watching as our good old sun is intentionally collided first into Sirius A, and then both of them into the white dwarf, which triggers a supernova explosion.

This extremely violent cosmic blast serves as a greatly accelerated way to spread the Dyson seeds across the galaxy, ending the dilemma of sluggish physical motion through endless distances in the most dramatic way. In ‘Chaos Theory and Practice’, the plan is put into action. In a few stages of acceleration, like gear changes which are also noticeable in the music, this explosion that lights up the galaxy sends the now again separated parts of the sphere towards random destinations all over the galaxy. The consideration behind this choice is that it can be better to throw it all up in the air, shuffle the cards anew, and take a risky manoeuvre that might end everything, than to condemn yourself to a near infinite wait in stasis, and the secure knowledge that on the path you’re on, nothing much is going to happen except inevitable insanity from cosmic isolation, and a resulting gradual death wish from a total lack of perspective.

Musically, I think we stayed true to the style laid out on the first album. But much more than a repetition of previous ideas, we feel we continued right where we left off this time around, eyes always on the horizon. We feel this is true for the entire album. So although we are glad to welcome you back to Alkaloid’s universe, you all also know that there will always be a few surprises on the way. I’m extremely happy and proud for the chance to add these songs to our second album. Danny contributed some incomparable lead guitar sugar at the end as well. So enjoy, everyone!”