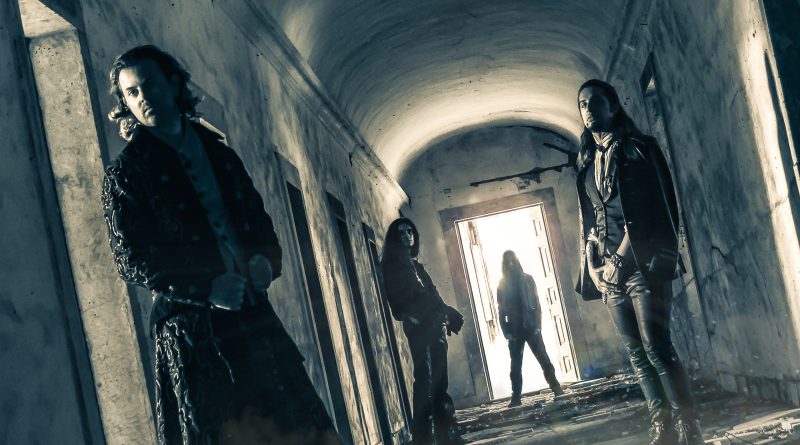 Dallian premieres new video for “The Nun From Azrael”

Portuguese symphonic death metallers Dallian have just released a new video for the track “The Nun from Azrael,” which is taken off from their latest album “Automata”. You can watch the video below:

The video was recorded by João Oliveira and Sofia Agostinho, and was edited by Carlos Amado.

Listen to the track, an all-out, gritty riff fest anchored by bluesy vocals below:

“When we first chose the cover art for the record, I loved listening to the album while staring at that image”, Bryant said. “It would set off my imagination and uncover new layers in each song. For the ‘Shock & Awe’ video, we decided to take it one step further and re-create the scenario that is scene on the cover of Truth & Lies. With the snakes and the glitter, I think this rock ‘n’ roll wedding party is visual candy for the imagination.”

The song is the opening salvo on the band’s third album Truth & Lies, out June 28 via Snakefarm Records. The record crackles with intensity, exploring Bryant’s blues heritage (“Ride”), heartfelt balladry (“Out There”), southern roots (“Trouble”), love of the ’90s rock ‘n’ roll movement (“Eye to Eye”) and more. Pre-orders are available here: TBSD.lnk.to/TruthAndLies

WIND ROSE on the new single:
“Mining is one of the most important activities for a Dwarf, naturally WIND ROSE needed a theme song for this great honor of collecting these  jewels from the soil, so sing with us with pride!!“