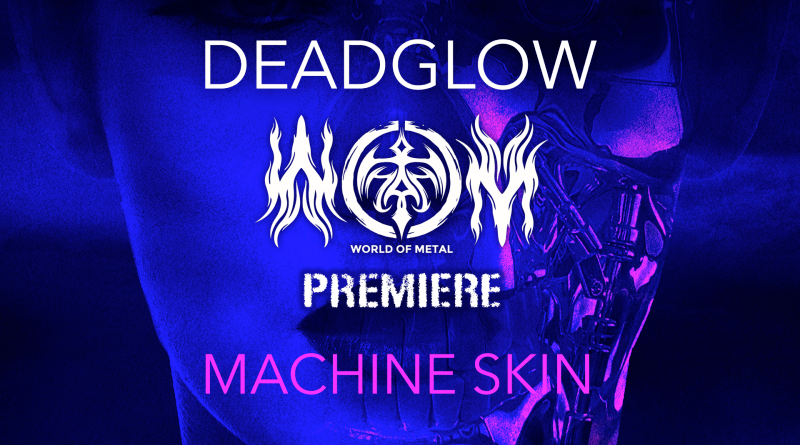 Finnish band Deadglow will be a name that you will want to know. The band will release their debut album “Machine Skin” in late October and now you can see the lyric video for its title track, in a World Of Metal exclusive premiere. Check it ou below:

Deadglow is a Progressive Rock / Alternative Metal trio from Oulu in Finland consisting of Jukka Ruottinen (Vocals), Simo Lukkari (Guitar & Bass) and Juho Mikkonen (Drums).  The Deadglow sound is progressive and melodic, yet straightforward. You can hear echoes of Death, Judas Priest, Alice In Chains and Pink Floyd, whilst appealing to fans of TesseracT, Karnivool, Dead Letter Circus and Amorphis. The talented trio is inspired by 80s music, sounds, echoes, synths as well as Sci-fi and Horror movies and art.

Deadglow has been hard at work recording their debut album “Machine Skin” (coming Friday 29 October) in a professional high-end studio in Finland using only high-quality analogue recording gear. They furthermore played as naturally as possible, to avoid fixing much afterwards, and on Friday 1 October the first dual singles and videos from this upcoming album will be unleashed called “Machine Skin” / Your Blood (Parts 1 – 3)”