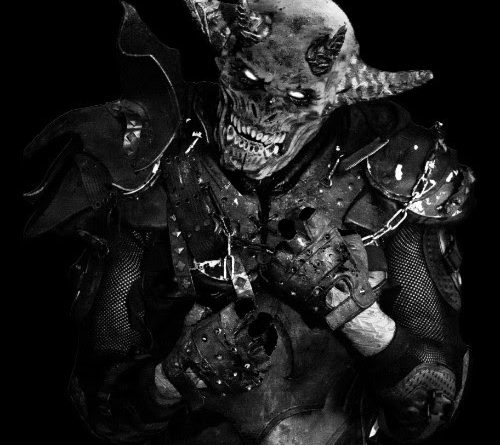 “In der Hölle spricht man Deutsch”, the new album by DEBAUCHERY VS. BALGEROTH, is set to be released in July 2018 on Massacre Records! A first taste of what’s to come is already here with the official video for the single “Blutgott Blitzkrieg” performed by BALGEROTH »

BALGEROTH is the third and final part of the triptych of Blood Gods – consisting of DEBAUCHERY, BLOOD GOD and BALGEROTH – savage, brutal and in German. Yes, German is spoken here. That’s the point of the album title “In der Hölle spricht man Deutsch”, which means something like “We speak German in hell”. BALGEROTH’s songs are in German only and are free of any political message.

BALGEROTH is the first of the Blood Gods. The songs are about his creatures and the wars in hell, on Eden and on the apocalpytic battle fields of (a future) earth.

Edmonton shredders STRIKER are unleashing their latest music video “Pass Me By” in support of their huge hails horns news that they have been invited to perform at this year’s Bang Your Head Festival in Germany on July 13th.

THY CATAFALQUE are premiering the third amazing song taken from their forthcoming new masterpiece, ‘Geometria’. The album is scheduled for release on May 4th, 2018.  The Hungarian multi-instrumentalist is now streaming “Töltés” below