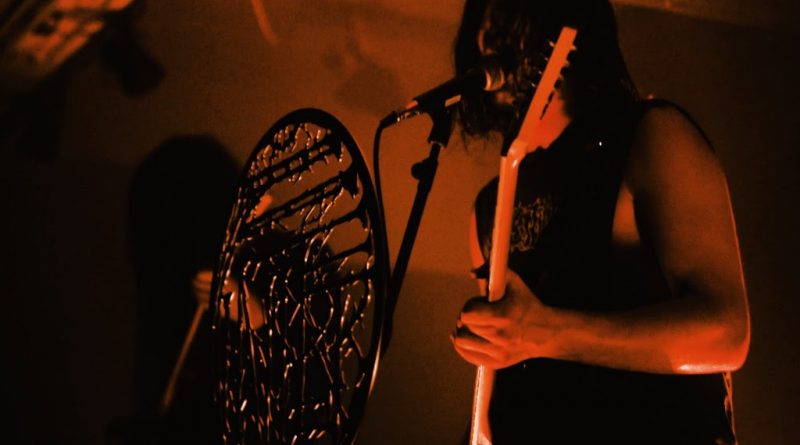 DER WEG EINER FREIHEIT are revealing a live clip for “Aufbruch”, which is the opening track from the German black metal innovators’ latest full-length, ‘Finisterre’. “Aufbruch” is now streaming at the below:

Frontman Nikita Kamprad comments: “After many hours of hard work, we are finally able to present you this live video for ‘Aufbruch’, which was filmed during our European tour with Regarde les Hommes Tomber las year. Visual footage was captured at various locations including Munich, Salzburg, Budapest, Vienna, Leipzig, and Berlin, while the audio was recorded live at our final show of this tour at the Lido in Berlin on October 14th 2017. I mixed the sound at Ghost City Recordings. Watching this clip, we can hardly wait to get back on the road for our tour with Primordial and Moonsorrow, which is starting on April 12th and is followed by a great festival season that will take us to beautiful Iceland, Romania, and after more than 2 years finally back to our hometown Würzburg.”

The German dark/gothic metal outfit SCHWARZER ENGEL has released the official album to the album opener off the new album “Kult der Krähe”. Check out the video for “Krähen an die Macht”, directed by  Maximilian Schwarz / Bloody Orange, here:

“Kult der Krähe” was mixed and mastered by Jan Vacik. It’s available as a jewel case CD as well as a limited edition CD digipak and limited edition vinyl LP with an exclusive bonus track. Get the album here: https://lnk.to/SchwarzerEngel_KdK

SCHWARZER ENGEL will go on a headliner tour through Germany in March/April 2018. Tickets are available here: http://www.tinyurl.com/TicketsKultderKraeheTour

IMPURE WILHELMINA are revealing a pro-shot performance video for the song, “We Need a New Sun”, which is taken from the Swiss’ latest album, ‘Radiation’. The filming by Brunelle Gerber underscores the excellent dynamics and masterful tension-building of this track that moves from bleak melancholy to an outburst of furious despair. “We Need a New Sun” can be viewed  below:

IMPURE WILHELMINA comment: “We are proud to present our new video for the song ‘We Need a New Sun’. The images were shot during two shows that we played last year. On this basis, we wanted to transcribe both the energy of our live performances and the very special atmosphere of this song. Brunelle Gerber, who directed the video, managed to reconcile these two dimensions in a particularly sensitive and aesthetic way.”