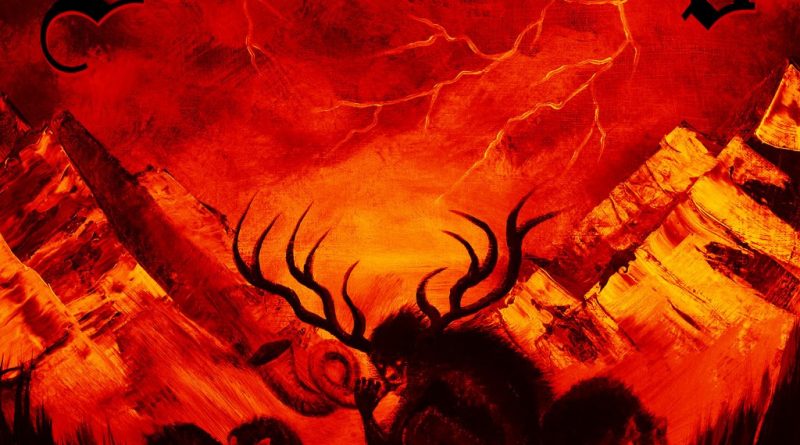 DESTRÖYER 666 will release a crushing new EP on February 23rd, 2018. ‘Call of the Wild’ contains three brand new songs and a fresh take on their classic and live-favourite, “Trialed by Fire”. The metal wolf-pack is now streaming the title-track below:

Artwork and details of ‘Call of the Wild’ can be found below. Dutch epic death/black metallers BLEEDING GODS will release their upcoming concept album »Dodekathlon« on January 12th, 2018 via Nuclear Blast. Right before Christmas, BLEEDING GODS unleashed their second digital single, ‘Tripled Anger’, together with a stunning lyric video (see below). Today, the band presents a drum playthrough video to this song, showing drummer Daan Klemann playing the whole track during the recordings in the studio. The video was recorded and edited with 4 cameras, therefore offering shots from almost every angle! Watch it here:

After already having released two singles, ‘From Feast To Beast’ (+music video) and ‘Tripled Anger’ (+lyric video), the band unveils a third song of the upcoming album, today! Together with another stunning lyric video to accompany the release of the song ‘Beloved By Artemis’, the band is also proud to present you their third digital single.

CORROSIVE: Watch the lyric video for “Lucifer Gave The Faith”

Watch the lyric video below:

“Lucifer Gave The Faith” is first-class death metal, featuring influences from both Scandinavian and American style with a dash of melody and brutality. In addition, the work for the official videoclip of the song “Taste The Pain” is nearly finished, with its release scheduled for the upcoming weeks.