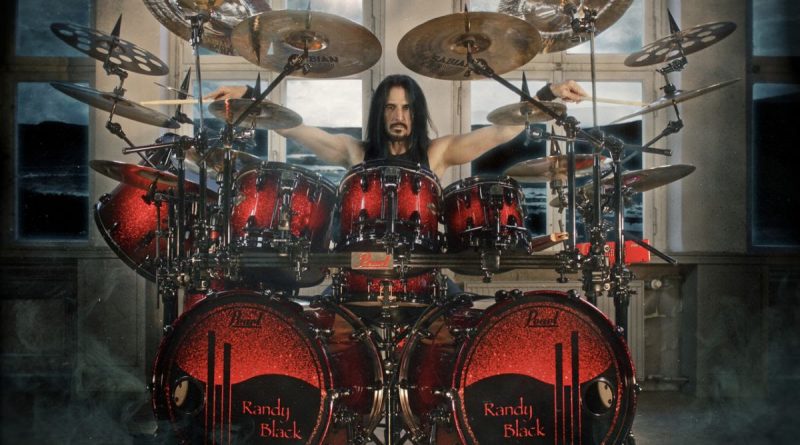 Randy states: “The clip of BORN TO PERISH was filmed during the drum recording sessions at my studio in Berlin this March! This song is especially cool for me because it started with me recording all the drum parts first then i sent the recording to the guys and they wrote the song around it!  This is the final result of me nailing down the title track then in the end. I always try to come up with drum parts i’ve never recorded on any other CD before. On this track it’s the double kick pattern in the intro and middle part of the song. I hope you enjoy as much as I did!
An amusing story about this clip is, that I was so concentrated on getting everything right with the recording and filming that i completely forgot I was wearing my reading glasses! Ha ha – how METAL is THAT! LoL“

The war rages on! Old school death metal veterans MEMORIAM are set to unleash their third album,»Requiem For Mankind«, on June 21st, 2019 via Nuclear Blast Records. The band released a new single last week, ‘Undefeated’, and this week they are premiering a lyric video for the track, alongside a trailer of vocalist Karl discussing the song.

Watch and listen to ‘Undefeated’ here:

“‘Undefeated’ – this track is a fist pumping anthem. It is a statement of strength and empowerment. We all go through life and experience hardship and pain, but it is how you come through it that counts. It’s a song that reflects how we feel about what we have achieved in our lives…I think that is something that everyone can relate to. The lyrics are about being true to yourself and through adversity retaining integrity and staying strong. Remaining undefeated.” – Karl Willetts

Vagrant had this to say about the track: “Our single “Spirit of Valor” is the most intense song on this album. It describes the final battle of the young warrior, which will lead to his death. The Song has everything in it Vagrant is about, dark atmosphere, fast blast beats, catchy melodies and massive orchestra. Definitely the most epic song on this album.”