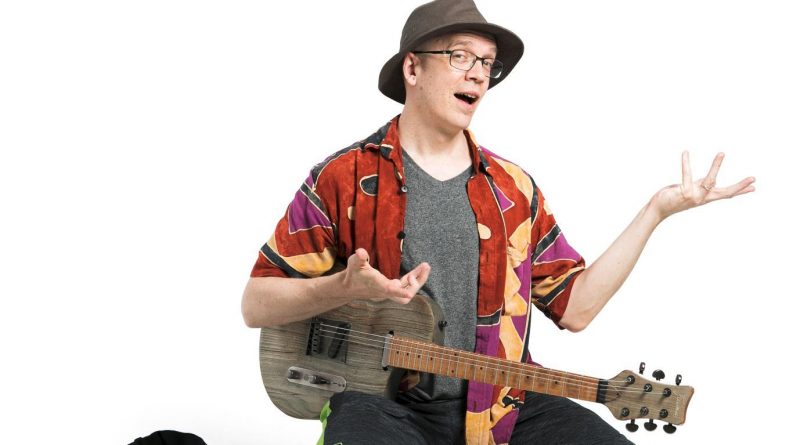 Canadian heavy music artist Devin Townsend is set to release his forthcoming new album ‘EMPATH’ on the 29th March 2019, and today sees the launch of the second single from the album. Watch the video for ‘Evermore’ here:

Devin comments: “So with the release of Empath fast approaching, and people having had various chances to hear the album, the reactions are pretty much what I expected: Those interested in the more artistic and free form side of what I do really seem to like and understand it, and those looking for the more commercial or rocking side of what I do are maybe not so convinced 🙂 The initial plan was to release a more commercial song next (the sole one on the album, ‘Spirits Will Collide’) but the video we’ve been working on for that is hilariously ambitious and we needed a bit more time. Therefore, we opted to release this song, ‘Evermore’, as a way to bridge that gap. It’s slightly in the same vein as Genesis on some level I suppose, but a little more groovy and a bit less fractured in terms of structure. The lyrics are not as much about a bored space cat crash landing on ‘planet fear’ in a literal sense, but I guess that’s easier to articulate with visuals at this stage than ‘yet another song about trying to work through one’s own mid-life bullshit to find some sense of self-actualization’, though perhaps with more time, it will resonate further with that. Thanks to Wayne, Josh and Miles for the tag team animations. The drums on this particular track are all Anup Sastry, (who is a great guy who loves his dog) and the Elektra choir helps out a lot again. I’ve got a strange relationship with singing at this stage of my career so I really appreciated the support. I encourage you, (if you like this sort of stuff, that is) to check it out in headphones. There’s a fair amount of candy in this song I spent a long time on. I think it’s streaming now too… Thank you sincerely. The album is meant to be of some help in a weird way. Dev”

Swiss folk metal stars ELUVEITIE are going to release their new studio album »Ategnatos« on April 5th2019 via Nuclear Blast. Today, the band proudly present a brand new single “Ambiramus”. The song can be heard and watched in the form of a music video over on YouTube. The music video was produced by the Polish company Grupa13 in January 2019 and can be seen below:

Chrigel Glanzmann states:
“Here you go – the next single off our upcoming album: AMBIRAMUS!
It’s definitely one of the most exceptional songs from our discography! AMBIRAMUS comes in quite groovy and with a light-hearted, yet racing folk reel in the chorus and a very accessible overall appearance; easily the brightest song we’ve ever written. Yet at the same time it goes to where the actual magic of traditional Celtic folk music exists: a place where cheerfulness and melancholy, hardship and hope, glee and deep mysticism meet to become one! And this deep, wistful yet hopefull mysticism is also found in the song’s lyrics, which will take you to the very core of the Celtic mythology the album contemplates. AMBIRAMUS (gaulish for “Voyage”) is based on a late Celtic literary tradition – the so-called Immrama tales.
AMBIRAMUS is the last song we wrote for the album and it’s probably the result of and a testimony to the very inspiring and creative atmosphere, in which we created ATEGNATOS! The song basically ‘fell into place’ afterAlain finished the drum tracking, and it was written and arranged in just a few hours.
We hope you enjoy it!”

Bay Area masters of metal FALLUJAH have released their highly-anticipated, 4th full-length album, »Undying Light«, via Nuclear Blast Records. The new record was mixed and mastered by Mark Lewis(CANNIBAL CORPSE, WHITECHAPEL, THE BLACK DAHLIA MURDER, CARNIFEX). Drums and vocals were tracked by Lewis while guitars and bass were recorded by guitarist Scott Carstairs. Cover artwork was created by Nick Keller (THE BLACK DAHLIA MURDER, DISENTOMB). »Undying Light« is the first release with their newest member, vocalist Antonio Palermo. In celebration of the albums’s release, the band has released a new lyric video for their song ‘Last Light,’ which can be viewed now below;