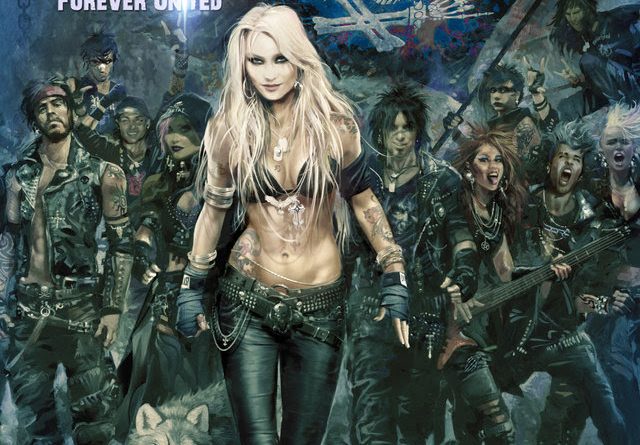 DORO – release second single and video “Lift Me Up”

On Friday, DORO will once again open her treasure trove and release ‘Lift Me Up’, the second single from their highly anticipated new album »Forever Warriors, Forever United« (release: 17.08.18 via Nuclear Blast).
“‘Lift Me Up’ is one of my absolute favorites,” reveals DORO. “This song has a lot of good energy, it builds you up right. I also love the very catchy melody and the lyrics.”

Watch the lyric video for ‘Lift Me Up’ here:

The single will be also available as a 7″ vinyl in different colours (black, picture, silver, gold).

‘All For Metal’ 7″ vinyl track list:
Side A
All For Metal
Side B
If I Can‘t Have You – No One Will

Get the digital version or the 7″ vinyl of the single here: http://nblast.de/DoroAllForMetal

On August, the 24th Mob Rules present their new album. Northern German Metal band MOB RULES release a new digital single and video for the song “Ghost Of A Chance” today – taken from their forthcoming studio album “Beast Reborn”. You can watch the video here:

Singer Klaus Dirks explains: “The song arose spontaneously more from a gut-feeling, than from the head. Playing straight ahead, very rhythmic with gripping arrangement, it gets to the point quickly and efficiently. The motifs of the song are presented very strongly without losing themselves. Contentwise the song tells about leaving the past behind to dare a new beginning after everything old has broken apart. It is not certain what will happen. There is the “ghost of a chance” that everything will get worse or better. It’s just the exciting thing that you don’t know what lies ahead.”

Sydney metal band Temtris have released the powerful single Run from their upcoming 5th studio album Rapture (out on 1 October 2018). The Temtris crew has yet again pushed themselves to reach new heights with this latest release:Run is a big song with twin guitar solos, speed thrashing double kicks, powerful bass and soaring vocals. The theme is running together with the metal pack and Temtris cannot wait to have the metal crowd up front singing along with their horns raised in the air.

Temtris is releasing the single on a limited 7 inch vinyl press with the B side having the song Paradise Road from the first sold out Temtris album,Threshold. The new single is available for download and purchase on their website www.temtris.com. The vinyl can be preordered at the same website.

Temtris are a five piece act from the south of Sydney, Australia. They formed in 2000 and have released their albums Threshold (2003), Masquerade (2007), Shallow Grave (2014) and Enter The Asylum (2016). They have played shows all over Australia and supported Accept (GER) in 2014. Besides their current Australia tour, they are also planning to tour overseas in the near future.