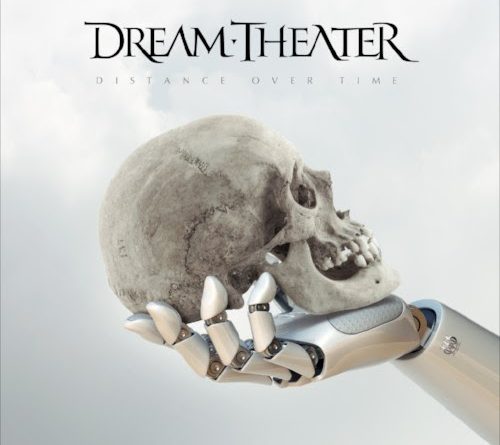 Two-time Grammy-nominated and millions-selling progressive music titans Dream Theater have released another song from their recently announced 14th studio album, Distance Over Time. “Fall Into The Light” is the second new song from the album slated for worldwide release on February 22, 2019. The new song builds upon the excitement that the band created in December with the release of the first track from Distance Over Time, “Untethered Angel,”that has been viewed over 1.5 million times in 4 weeks since its release. “Fall Into The Light” is a riff-driven, epic musical experience that takes the listener on a 7-minute emotional journey, something Dream Theater does all too well. The video for “Fall Into The Light” can be seen here

“‘Fall Into The Light’ is about the quest towards enlightenment that exists in life,” explains bassist John Myung. “It is more about the underlying themes of life’s journey and less about what happens once you get there. It is a song of introspection; about looking inside to find your individual happiness.”

Distance Over Time showcases a newfound creativity for Dream Theater while maintaining the elements that have garnered them devoted fans around the globe. The album also marks the first for the band’s new label InsideOutMusic / Sony Music. The artwork was created by long-time cover collaborator Hugh Syme (Rush, Iron Maiden, Stone Sour). Distance Over Time was produced by John Petrucci, mixed by Ben Grosse and mastered by Tom Baker.

The latest addition to Dream Theater’s impressive catalog is now available for pre-order in various configurations at: https://dream-theater.lnk.to/DistanceOverTime

After recently completing a North American headlining tour with AT THE GATES and WOLVES IN THE THRONE ROOM, BEHEMOTH will be bringing this must-see show to Europe, starting tomorrow! In anticipation of the trek, the band has also launched a new video for ‘Ecclesia Diabolica Catholica’ (directed by Grupa 13 / www.grupa13.com), taken from their latest album, »I Loved You At Your Darkest«. You can watch the clip below:

Orion (bass & vocals) comments: “BEHEMOTH Legions! As this ‘ILYAYD’ adventure continues onwards, we want to share a new video with you! Since we began the writing process, ‘Ecclesia Diabolica Catholica’ was a stand-out contender to be featured as a single and music video. As the song evolved during rehearsal and recording, it gained this lively, furious vibe…which you hear now – thus, it includes live performance elements which we’ve not done in quite some time. We are happy to work with Grupa13 once again – and once again, they showed their super-professional approach at every step of the shooting and video production. Two separate locations, hours of preparation, but it was all worth it. In absentia dei, we evangelize! Enjoy!”

February 8th sees post-black metal band Downfall Of Gaia release their brand new album, Ethic Of Radical Finitude! In anticipation of their upcoming record, Downfall Of Gaia have now launched a haunting video for the second single, “We Pursue The Serpent Of Time”, which can be viewed below:

Downfall Of Gaia comments: “Today we’re excited to share the music video for our song ‘We Pursue The Serpent Of Time’, the second new song of our upcoming album, ‘Ethic Of Radical Finitude’! This time we’re joined by our friend Nikita Kamprad from Der Weg einer Freiheit for some guest vocals, and we hope you enjoy this collaboration as much as we do! Thanks for listening!”