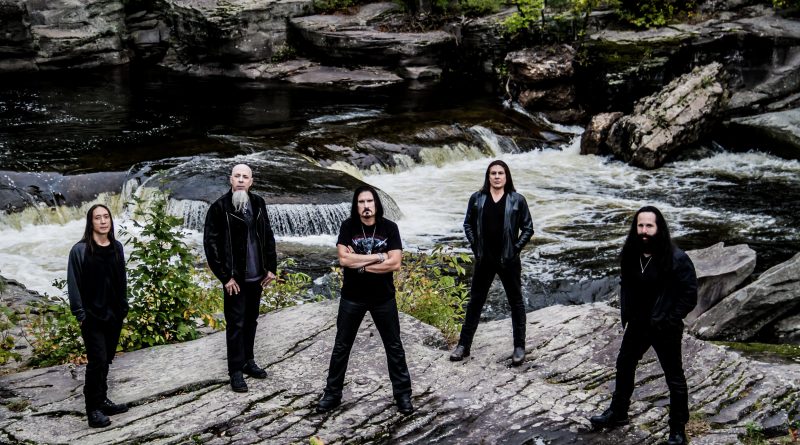 There is a palpable excitement level surrounding two-time Grammy-nominated and millions-selling progressive music titans, Dream Theater and their upcoming 14th studio album, Distance Over Time. On the heels of two recently released tracks, “Untethered Angel” and “Fall Into The Light” (both of which have received millions of plays to date via YouTube and Spotify), the band returns with their first official single from their February 22nd release. “Paralyzed” is quintessential Dream Theater; a song that showcases the band’s unique ability to write memorable melodies backed with unique song structures and maestro-level musicianship. Wayne Joyner, who also imagined the clip for “Fall Into The Light”, created the animated video for the song. The video for “Paralyzed” can be seen here:

“The song is an introspective reflection on the negative impact that being obstinate or single-minded can have on important relationships,” explains guitarist John Petrucci.

Distance Over Time showcases a newfound creativity for Dream Theater while maintaining the elements that have garnered them devoted fans around the globe. The album also marks the first for the band’s new label InsideOutMusic / Sony Music. The artwork was created by long-time cover collaborator Hugh Syme (Rush, Iron Maiden, Stone Sour). Distance Over Time was produced by John Petrucci, mixed by Ben Grosse and mastered by Tom Baker. The latest addition to Dream Theater’s impressive catalog is now available for pre-order in various configurations at: https://dream-theater.lnk.to/DistanceOverTime.

Norwegian extreme metal formation GAAHLS WYRD, fronted by renowned vocalist Gaahl,  are now streaming the first track off their upcoming record ‘GastiR – Ghosts Invited’. The new album will be released via Season of Mist on May 31st. The single “Ghosts Invited”, is now streaming below:

Gaahl is known as one of Norway’s most talked about and respected extreme metal musicians. His work with TRELLDOM, GORGOROTH, WARDRUNA and GOD SEED has been widely regarded as some of the best the black metal scene has had to offer.

Having recorded their first full length in Solslottet Studios in Norway with Iver Sandøy (ENSLAVED) last year, the musicians are now ready to bestow their own unique take on extreme metal upon the masses.

Those who are expecting a blasting black metal offering are in for something unexpected. Even though ‘GastiR – Ghosts invited’ is firmly rooted in extreme metal, Gaahl’s vocal delivery on this record is something out of the ordinary and the first class riffing in combination with the excellent musicianship is bound to take you places you’ve never been before.

In case you’ve missed it, PSYCHOPUNCH are going to release a special edition of their highly acclaimed debut album “We Are Just As Welcome As Holy Water In Satan’s Drink” next month, celebrating its 20th anniversary! As of today, you can enjoy the official video for the single “Stranded” below:

The song is also featured on the album. The video includes cameos from pin-up/vintage models Clare von Stitch and Leila Lipstique.

“We Are Just As Welcome As Holy Water In Satan’s Drink (20th Anniversary Special Edition)” is available as 2CD Digipak, limited edition vinyl LP, stream and download, and will be released on March 22, 2019 via Massacre Records. You can already pre-order it here » https://lnk.to/wajawahwisd

PSYCHOPUNCH are currently working on material for a brand new studio album that’s expected to be released this fall.