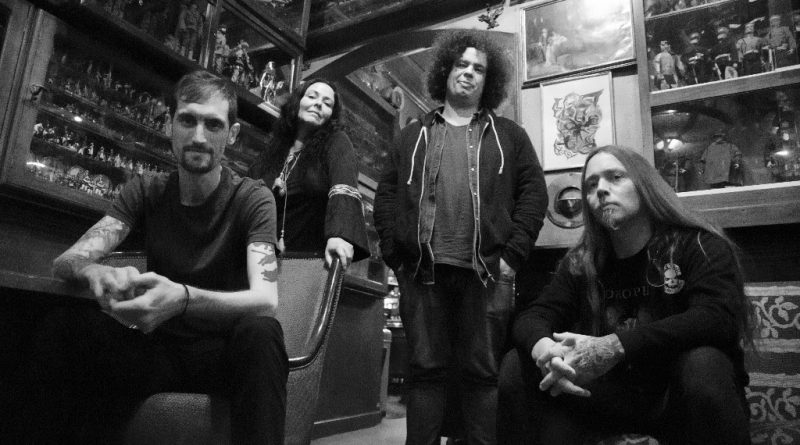 EARTH ELECTRIC comment: “Our second official video was shot by Costin Chioreanu on various stages throughout Spain and Norway as a part of the ambulant “Tales Of The Wind” exhibition. The video itself is a vivid and psychedelic expression of the powerful energies we create in our most desired setting; on stage! “

KEN mode are now streaming the second track taken from their upcoming album, ‘Loved’, which has been slated for worldwide release on August 31st, 2018. The song “Feathers & Lips” is currently being streamed below:

Vocalist / guitarist Jesse Matthewson comments on the track: “I’ve never understood why so many of the most aggressive and extreme/cruel political figures are also the least likely candidates to win in an actual fight. This isn’t exclusive to either side of the spectrum. There’s a hole in these people that is being filled with being a dick to and/or trying to control other humans with some of the most irrational bullshit. And their voices are always the ones being heard, because they tend to be yelling the loudest…”

Australian progressive metal supergroup Great Leap Skyward have released ‘Singularity’ – the first single from their upcoming record ‘Map Of Broken Dreams’, out August 31st via Metalapolis Records. The six and a half minute epic captures the very essence of the band’s recent change of direction into a more progressive and groove-oriented sound, whilst holding true to the simple-yet-heavy sound that has propelled them into the forefront of the Australian metal scene since day one.