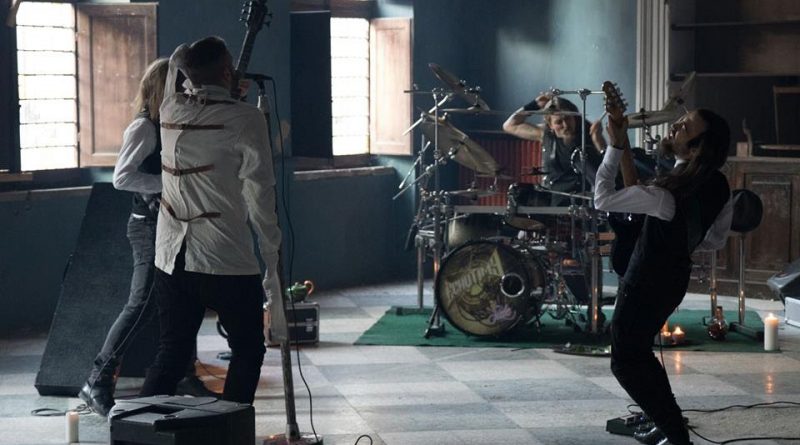 taly’s prog masters ECHOTIME have just released a brand new video of “Sickness”, taken from their latest rock opera “SIDE”, released last year via ROCKSHOTS RECORDS. “Sickness” is a song about a father and his daughter, about addiction and loss, about anger and vengeance. Watch “Sickness” below:

Austin, Texas true-metal titans IGNITOR unveil their latest music video for “Hatchet (The Ballad of Victor Crowley),” a song inspired by the Hatchet franchise and featured on the movie’s soundtrack. From vocalist Jason McMaster’s lyrical perspective the song is delivered through the eyes of Victor Crowley himself. Check out the video below:

Hatchet director Adam Green comments “The first concert I ever went to was Dangerous Toys when they performed at Boston’s Orpheum Theater back in 1989.  From that moment on, Jason McMaster played a pivotal role in my life musically and I’ve followed everything he’s ever done since.  Almost thirty years later to be putting out IGNITOR’s “Haunted By Rock N Roll” through my own sublabel ArieScope Records, with EMP LABEL GROUP, and for the band to have written the song “Hatchet” (The Ballad of Victor Crowley)” specifically for the latest entry in my HATCHET slasher film franchise… it is truly a dream come true.  IGNITOR represents everything that made me fall in love with metal to begin with.”
IGNITOR vocalist Jason McMaster adds “A killer old school heavy metal video in the style of late 80’s bloody horror slasher films! This was a labor of love for blood and metal. I am proud of this moment, and very happy with the song we built for Adam’s creation of the bloodiest freak of them all, the king of the swamp…Victor Crowley!”
IGNITOR released their sixth full length album  Haunted By Rock & Roll November 24, 2017 through EMP Label Group/ArieScope Records.

Greek occult black metallers with ritual & 70’s rock influences, ACHERONTAS, premiere the first single from their seventh studio album “Faustian Ethos”, due out on May 18th in Europe and May 25th in North America via Agonia Records. The song “Sorcery And The Apeiron” is available in the form of a lyric video, here:

And still the official Report for Alchimia “Musa Italian Tour 2018”. Below you can check it out: