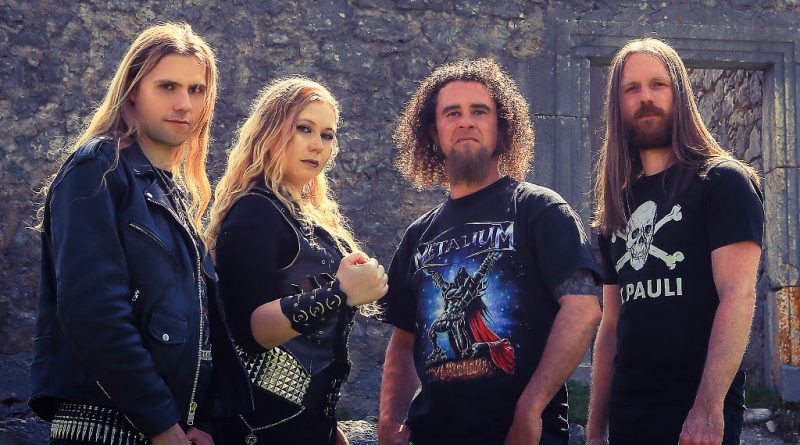 The French heavy metal outfit ELVENSTORM has released its new single “Devil Within’” – it’s also streaming in its entirety below:

The Conjuring” is a pure and uncompromising heavy metal album, that has ELVENSTORM written all over it! It will be released on July 13th via Massacre Records. It was mixed by Lars Ramcke at Thunderhall Studio and mastered by Piet Sielck at Powerhouse Studio. The artwork has been created by Andrey Vasilchenko. You can pre-order it here » https://massacre.lnk.to/theconjuring

Brutallian: watch the new video for “Matracada“ of the new album “Reason For Violence”

Natives from the Brazilian state of the Maranhão, the band Brutallian, have just be made available to the fans of the group, the first official clip and single of the new studio album, “Reason For Violence”. The chosen music is the song “Matracada“, instrumental tunet that has a regional instrument as base and that takes the same name of the music, that is very much used in the regional musicians of the state from Maranhão.

The new studio album “Reason For Violence”  is going to be released in the next days. The band informs that soon there will be other clips available and that all the songs will get the a great visual treatment.

Catalan atmospheric metal band FOSCOR have revealed the details of their digital album ‘Les Irreals Visions”, to be released on August 24, 2018. Furthermore, a new lyric video for the track “Encenalls de Mort (Irreals),” from the upcoming record has been published. The video can be viewed below.

FOSCOR comment: “Our creative foundations call for a transformation of all moments to eternal, reaching a reconciliation between the far beyond and the here, matching the spiritual and earthly level of our nature. As we set during the creative process for ‘Les Irreals Visions’, common things must acquire a new meaning, and so this compilation of songs digs into this aim.

The world must be poetized, and taking our own songs to the most intimate level, we were able to expand its dimension and memory. A pleasant experience shared with pure artists, which today we are more than proud to present you with this first visual and acoustic approach. This time-lapse video experience sets a metaphor of a personal and individual experience.

“Encenalls de Mort (Irreals)” translate as “Shavings of Death”, is based on our vocalist Fiar experience during his grandfather’s last hours. Watching him touch a sort of invisible sparks or falling leaves in front of him, gave him the idea that perhaps by catching these invisible things in the very last moment you are saving some life shavings: memories, experiences and moments you love but that Death asks you to leave behind.”