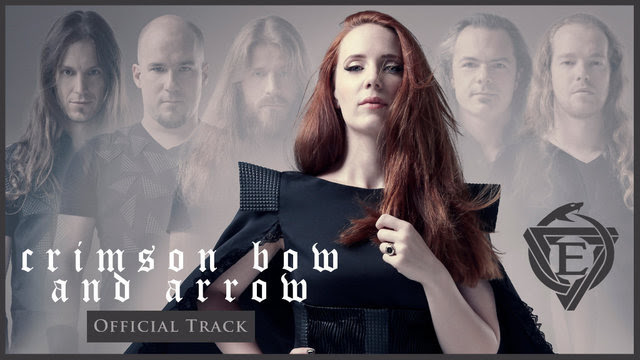 Dutch symphonic metal giants EPICA have teamed up with the highly successful “Attack On Titan” to release a very special EP. With their legion of fans, Attack On Titan have conquered both the print world with over 70 million copies, and anime sector with an adaption that is currently airing worldwide. The EP entitled »EPICA vs. Attack On Titan« will be released worldwide – outside of Japan – on July 20th via Nuclear Blast Records featuring metal covers of the anime’s theme songs.

Now, the band released the first single from the EP, ‘Crimson Bow And Arrow’. Watch the track video below:

Simone Simons comments, “We are excited to present ‘Crimson Bow and Arrow’, the first song from our upcoming EP »EPICA vs. Attack On Titan«. We hope you enjoy the unique track just as much as we did creating it!’”

»EPICA vs. Attack On Titan« will be available in the following formats:
CD Jewel case
Vinyl – Violet, Yellow, Black

Pre-order your copy of »EPICA vs. Attack On Titan« here: http://nuclearblast.com/epica-attackontitan

Italy’s folk metal band KANSEIL unleash the official music video of the track “Pojat“ in support of their sophomore full length “Fulìsche” due out on May 25th in Europe and June 8th in North America via Rockshots Records.

Formed in 2010, KANSEIL are a 21st century version of their land’s rich-story telling tapestry, they are bards with instruments, musical archaeologists, excavating the sounds and stories of their country’s past to create something new, beguiling and beautiful.

Inspired by Eluveitie, Skyforger, Arkona, Agalloch and Alcest plus having performed with the likes of Korpiklaani, At The Gates, Enslaved, Folkstone, Manegarm, Arkona, and Omnia, KANSEIL‘s second full length “Fulìsche” follows their 2015 debut “Doin Earde”.

On June 22, Words of Prey, the new album by Dead Man’s Eyes, will be released on Tonzonen Records. Now, the indie rockers premiere the new video for the single Radiant Smiles that you can watch below:

Those who have witnessed Dead Man’s Eyes, know how their arrangements alternate between jazzy, dynamic key- rhythms and guitar powered, mantric jams within seconds. Without getting lost in an ecstatic, repetitive maze of confusion the polyphonic vocals guide the listener through a wide range of songs. On stage the

band presents itself energetically, and creates a strong atmosphere. Within the last years Dead Man’s Eyes shared the stage with international acts such as Tame Impala, Band of Skulls, The Datsuns, Black Mountain and many more.

After locking themselves up in a windowless room for approximately two years, nourished solely by coffee and their own hair, Dead Man’s Eyes now return to the daylight and present to us Words Of Prey, the new long play album that will be released in cooperation with Tonzonen Records on limited edition vinyl, CD and digital.