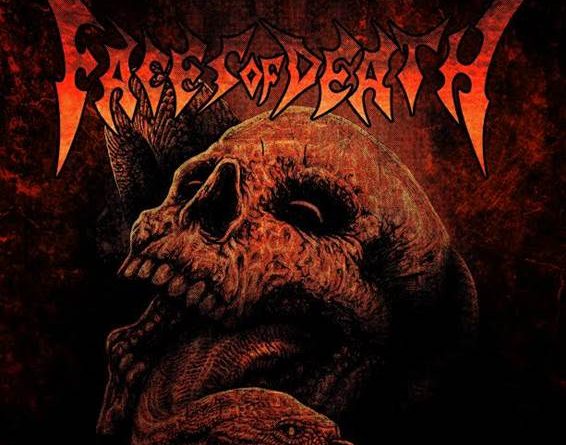 The group Faces of Death just made available exclusively on YouTube, the single “New Age”, music that is present in the EP “Consummatun Est” officially launched at the end of 2017. The song “New Age” is the third track from the EP recently released, and is a harsh critic to the way Universal Church alienates his followers, transforming entire families in sheep that are slaughtered by untruths imposed by these sects aimed solely and exclusively seize money from more convalescidos.

Check out the single “New Age” below:

The group “Faces of Death” is working on new music, aiming 2018 to the releace of their new album, without revealing an exact date.

The band is now unleashing a brand-new song in the form of a lyric video. Bang your head to the title-track ‘Beheaded By Trust’ here:

IZEGRIM’s Marloes comments: “This title-track of our new EP is all about violating the trust of a friend in the most brutal way you can imagine. In terms of vocals I tried to crawl inside the skin of someone that got betrayed and raped by a friend. These were the most intense studio-sessions I’ve ever experienced!”

‘Beheaded By Trust’ is the follow-up to 2016’s ‘The Ferryman’s End’, which drew a positively roaring press response worldwide and saw the band touring and sharing stages with the likes of FLOTSAM & JETSAM, KREATOR, ANNIHILATOR, ONSLAUGHT and more.

Melodic metallers Temperance have released a video of the song ‘Of Jupiter And Moons’, the title track of their new album, which will be released on April 20th on Scarlet Records. The video features the new line-up of the band, now a 5-piece with the addition of singers Michele Guaitoli (Overtures, Kaledon) and Alessia Scolletti.

Mixed and Mastered by Jacob Hansen (Volbeat, Epica, Amaranthe), with cover artwork by Yann Souetre (Ayreon) and band photos by Tim Tronckoe (Nightwish, Ghost), Temperance are back with their stronger work to date. With three vocalists in their ranks, the band’s music stands out for this twist of harmonies, which also feature an abundance of sharp, heavy guitar riffs, electronics and even rock influences. Melody, power and vocal harmonies, this is how temperance’s music could be described in just three words.