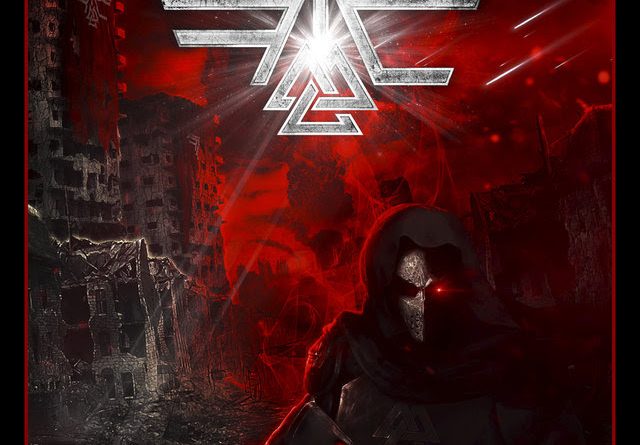 Forget everything you thought you knew, because FOLLOW THE CIPHER are ready to herald in a new musical era and crash through the many dimensions of our universe to steal your breath. Despite their stylistic diversity, the Swedish metal act from Falun creates a very cohesive ambience, mixing a first class sound with magical charisma, an innovative concept, live presence and an incredibly talented singer.

FOLLOW THE CIPHER recently announced the release of their self-titled debut album which will be available on May 11, 2018 through Nuclear Blast. Its cover artwork was created by no less than SABATON‘s Chris Rörland. After unveiling the first single ‘The Rising’ plus an album trailer during the last few weeks, the time is ripe for another foretaste of the Swede’s forthcoming record! Their brand new music video for ‘Valkyria’ has been launched today and can be viewed below.

Guitarist/vocalist Viktor Carlsson stated:
“For me, ‘Valkyria’ is a song directly taken from the action of the battlefield. The pulse in the music is what inspired the lyrics to be formed as a very aggressive and straight forward way of saying ‘This is our final resolution.’ I personally connect with ‘Valkyria’ as I visually can see the battlefield in front of me as I’m listening to the song.”

»Follow The Cipher« can be pre-ordered as digipak (incl. bonus DVD) and on black vinyl now, here: http://nblast.de/FollowTheCipherFTC
Pre-order the album digitally to receive ‘Valkyria’ and ‘The Rising’ instantly or stream both tracks, here: http://nblast.de/FTCValkyria
Pre-save the album via Topsify: https://tools.topsify.com/follow/6829/pre-save-the-album-follow-the-cipher-by-follow-the-cipher
Listen in the NB Novelties Playlist: https://open.spotify.com/user/nuclearblastrecords/playlist/6aw9wiedFzzhJiI96DhNhw

SHADYGROVE have released “SCARLET WOOD”, first video and single off their debut album “In the heart of Scarlet Wood”. You can watch it below:

Featuring members from Elvenking, Evenoire, and Sound Storm, Italy’s SHADYGROVE journey into our primordial and mythological past for inspiration. Like musical time travelers or aural archaeologists, they have trawled eras beyond most bands’ inspiration to create music from the soul…for the soul!

Theirs is an acoustic heaviness that is truly original and special. It’s as though, like the myths and legends that inspire them, SHADYGROVE have always been with us, in the Celtic Otherworld, just waiting for us to look with our hearts rather than our eyes. SHADYGROVE make music as fresh as tomorrow’s dawn.

“In The Heart of Scarlet Wood” is set for release via Rockshots Records on April 6th, 2018 and available for pre-order here.

CRYSTAL BALL recently revealed the cover artwork as well as first details about their upcoming album “CRYSTALLIZER”, which will hit the stores in late April. Now the band presents the first single off the upcoming album in form of a lyric video, created by Marco Nespoli / Pirate Fox. Watch and listen to “S.O.S.” here:

CRYSTAL BALL’s new album was once again produced, mixed and mastered by Stefan Kaufmann, Thomas Ewerhard created the cover artwork. “CRYSTALLIZER” will also be available as a limited edition Digipak CD with bonus tracks and is available for pre-order here: https://massacre.lnk.to/crystallizer

With their 10th album – out on April 27, 2018 via Massacre Records – the Swiss hard rockers CRYSTAL BALL once again prove why they are rightfully considered as one of the best Swiss melodic metal exports!