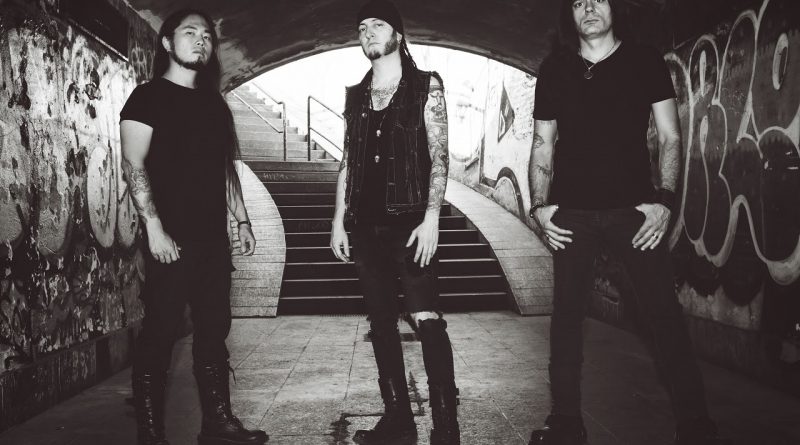 Italian black/doom metal masters FORGOTTEN TOMB premiere a new song from their upcoming studio album “We Owe You Nothing”, due out on October 27th in Europe and November 10th in North America via Agonia Records. The track “Second Chances” is available in a form of 360 VR video, here:

“We Owe You Nothing” marks the highest point in the band’s constant evolution and once more makes it hard to narrow down its sound to some pre-existing labels. Effortlessly blending the eerie, dissonant black metal sound the band is well-known for with muscular sludge/doom riffs and a subtle, nihilistic punk attitude, “We Owe You Nothing” defines the band’s personality more than ever, reaffirming its unique sound.

Starting in the beginning of the millennium with bona fide classics such as “Songs to Leave” (2002), “Springtime Depression” (2003) and “Love’s Burial Ground”(2004) – widely considered among the true originators of the so-called “Depressive Black Metal” sub-genre – the band explored increasingly heavier and broader territories with all the albums that followed, from the genre-shattering avant-garde of “Negative Megalomania” (2007) through the pitch-black rocking-vehicle “Under Saturn Retrograde” (2011), then perfecting the band’s own black/doom formula with the harsher tones of “…And Don’t Deliver Us From Evil” (2012) and “Hurt Yourself and The Ones You Love” (2015).

FORGOTTEN TOMB commented: “Our discography has always been divided by trilogies. ‘We Owe You Nothing’ closes the third trilogy which started with ‘…And Don’t Deliver Us From Evil’ followed by ‘Hurt Yourself And The Ones You Love’ and it’s the heaviest among the 3 albums, with an emphasis on slower/mid tempos and a sludgier approach while retaining also our trademark melodies and dissonant arpeggios, plus some twists which open new doors to the next era of the band. Due to circumstances surrounding it, it’s been an extremely painful album to make and therefore it’s one of our darkest, while being also filled with raw energy”.

In advance of kicking off their European tour with DYING FETUS this Friday, BEYOND CREATION are releasing an official video for the title-track of their current album ‘Earthborn Evolution’.  The clip “‘Earthborn Evolution” is streaming below:

NE OBLIVISCARIS are premiering the third magical song taken from their forthcoming masterpiece, ‘Urn’, which has been scheduled for release on October 27th. The song “Urn (Part II) – As Embers Dance In Our Eyes” is now streaming below:

Frontman Tim Charles comments on behalf of NE OBLIVISCARIS: “With just over two weeks left until our new album is officially released, we present to you one last taste… ‘Urn (Part II – As Embers Dance In Our Eyes’; the epic conclusion to the previously released ‘Urn (Part I) – And Within the Void We Are Breathless’, which taken together form the title-track.”