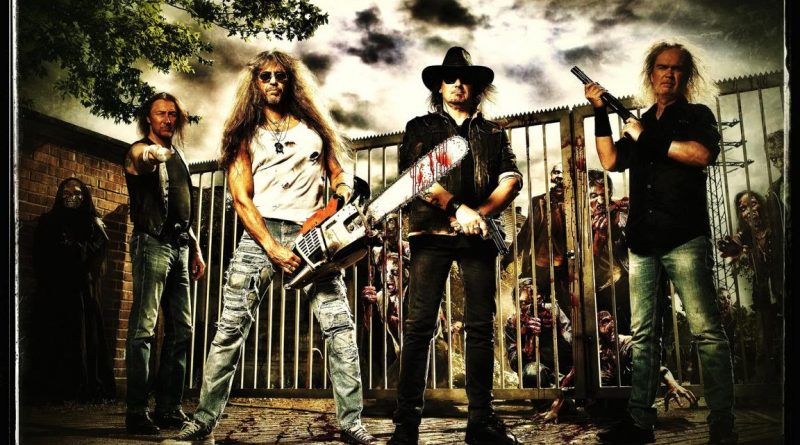 German heavy metal legends GRAVE DIGGER released the official video for “The Power Of Metal” off their new album The Living Dead!

Chris Boltendahl on the new single:

„It’s a song about metal, about a life in the underground, about a life which is different. To be a metalhead is the greatest gift on earth – from the day you heard the first notes of a Judas Priest or Iron Maiden song, you´re addicted to this kind of music! The love and passion for metal makes you to a special person and the power of metal can heal. It makes you stronger and gives you a better life.”

You can Pre-Order the new album HERE

Portuguese thrashers Toxikull are one of the hottest new bands out there, one that you must check live or if you don’t have the chance, check their album “Black Sheep” (2016) or their latest release “The Nightraiser”. They now present their second single from “The Nightraiser”, with a killer new video. It’s “Freedom To Kill” that you can check it out below:

The video tells the story of an agressor and two victims trapped in a basement. The aggressor represents the society in which he keeps the common mortals in captivity, and gradually torturing them till death. The other two characters represent the human being in his most fragile condition, dependent on his own construction of “human society.”
At the end, one of the victims escapes and kills the aggressor, or thinks that he did.

2017 marked SAGA’s 40th (!) anniversary. The band that has combined hard rock, progressive rock and pop like no other celebrated their anniversary with a tour around the globe, saying thank you and farewell to the fans… for now. Now, one year later, the exciting live recording “So Good So Far – Live At Rock Of Ages” sees its release.

Featuring the most iconic of songs that SAGA has been known and loved for by fans for more than 40 years, “So Good So Far” delivers the epitome of the band’s long and proud history – all recorded at the Rock of Ages festival in Seebronn, Germany in 2017 on both audio and video. SAGA, the headliner of the evening played, an energetic 1,5 hours set in front of thousands of festival goers, featuring the best of 21 SAGA studio albums with classics such as “On The Loose”, “Humble Stance, “Wind Him Up” or “Don’t Be Late”.

Says Michael Sadler: “SAGA has a very special history with the legendary ROCK OF AGES festival in Seebronn, Germany. Founder Horst Franz invited us to perform for the very first one in 2006! Fast forward to 2017 – SAGA returns to the coveted Saturday night stage by special request, celebrating the band’s 40th Anniversary with our Final Chapter Tour. (…)”