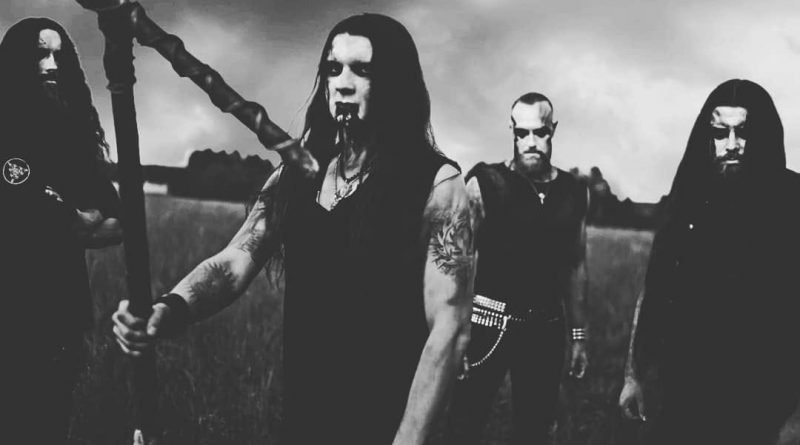 On June 14th, Hate will release their 11th full-length, Auric Gates of Veles, via Metal Blade Records. For a preview of Auric Gates of Veles, the band has now launched a video for the first single, “Sovereign Sanctity”. Produced by 9LITER FILMY (9literfilmy.pl) and filmed by Blazej Jankowiak, the clip can be viewed below:

Auric Gates of Veles can be pre-ordered at: metalblade.com/hate – where the record is available in the following formats: 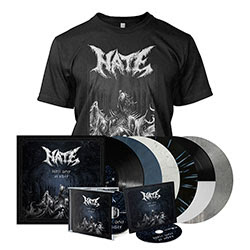 Mighty warriors of the galaxy! GLORYHAMMER released the second single and lyric video “The Siege Of Dunkeld (In Hoots We Trust)” from their upcoming third albumLegends from Beyond the Galactic Terrorvortex! The epic fight of crown prince Angus McFife against evil continues!

At the end of the second GLORYHAMMER album Space 1992: Rise of the Chaos Wizards, Planet Earth had been destroyed by the Hootsman, with an explosion so powerful it ripped a hole in the very fabric of spacetime. And yet, Zargothrax was still not defeated, for he managed to use his last shreds of power to escape through the dimensional rift. Vowing to defeat the evil sorcerer, Angus McFife XIII followed him into the portal, with no idea where it might lead…

“The Siege Of Dunkeld (In Hoots We Trust)” is the first part of the third thrilling chapter of the GLORYHAMMER saga and tells what Angus McFife XIII comes upon when escaping the wormhole.

The lyric-video was created with the talent of the gifted Sergio Monfrinotti for Adhiira Art who has perfectly captured the feelings of the song, in the visual art.

Joe Caputo, mastermind of the project, comments: “Exodus” is one of the earliest tracks written for “Aquila”. It’s heavy, progressive, melodic and powerful at the same time and definitely it is a hymn to freedom, glory and redemption… chains can be broken and slaves will be set free”.

“Aquila” will create a new musical painting into Powerful, Melodic and Progressive Heavy Metal with 14 songs that represent a true emotional journey, performed by some great skilled musicians (Joe Caputo on bass, Gustavo Scaranelo on guitars from Brazil, Fabio Caldeira (Maestrick) on voice from Brazil and Michael Brush (Sirenia, Magic Kingdom) on drums from UK), with the sole purpose of giving life to a great musical kaleidoscope of melodies and pathos.
Some songs are enhanced by the presence of great special guests that we will present to you in the coming days.

So, no more to say here, just keep your eyes peeled for more news!
A tidal wave is about to hit you!

You can pre-order the CD at: http://smarturl.it/HOLYTIDE-CD