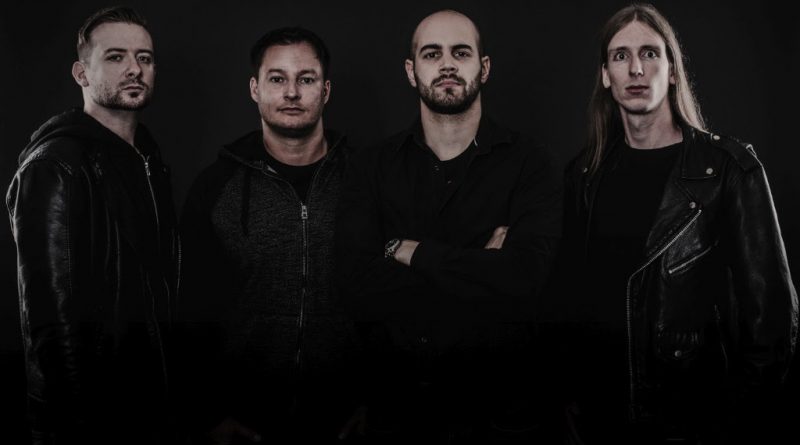 The new HOPELEZZ album will be released on August 24th via Massacre Records and is already available for pre-order here » https://massacre.lnk.to/storiesofawar

It’s the first ever concept album of the band about a war being unleashed on earth to punish us for our sins. Sky Van Hoff (Rammstein, Kreator, Caliban) took care of the album’s mix and mastering, Vagelis Petikas / Revolver Design created the stunning cover artwork.

North of South: the debut album out on Rockshots Records

Spain’s NORTH OF SOUTH proposes a not-easy-to-classify metal that could be labeled as Progressive Metal with Jazz, Death, Pop and Latin influences.
Founded by guitarist Chechu Gómez (aka “Chechu Nos”), this project springs up from the challenge to blend and amalgamate some elements and influences, apparently so dissimilar, such as At The Gates‘ melodic punch, Carlos Santana‘s hispanic sounds, Opeth‘s compositional deepness, The Police‘s rich substrate-Pop, Anathema‘s emotional power and Kate Bush‘s chameleonic intention.

Similarly, the heterogeneous literary influence of authors of the calibre of Jorge Luis Borges, Orson Scott Card and William Shakespeare surfaces from the tunes of “New Latitudes”, that, conceptually, gravitates around subjects like the enigma of time, the greatness of human condition and its limits facing the Universe, and our own personal contradictions.

“New Latitudes” has been recorded at Zoilo Unreal’s studios (Marín, Spain), a consolidated name on the Spanish extreme metal scene, involved in bands like Unreal Overflows, The Anthagonist and Unhuman Nature and is set to be released worldwide on September 28, 2018.

“New Latitudes” is already available for pre-order at the ROCKSHOTS Shop ➤ http://bit.ly/NewLatitudes_CD

Australian death metallers ESKHATON have released the lyric video for “Culthulunatic,” a track taken off the band’s newest album Omegalitheos.
Released on June 20, Omegalitheos is an album that expands upon the violent nature of the genre. Each of its 14 tracks emanate dark chaotic energies; worshiping total death and execution. As a band, ESKHATON remains devoted to the legacy of the primeval forces like Possessed and Morbid Angel, moving them to levels which have not ever been reached in such intensity.
The lyric video for Culthulunatic is now playing below:
Purchase Omegalitheos at:
lavadome.bandcamp.com
store.lavadome.org