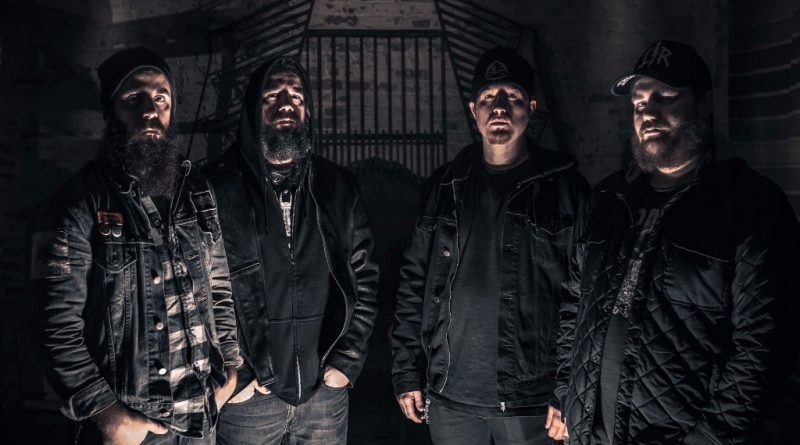 HYBORIAN are releasing a video for “Maelstrom”. The track has been taken from the band’s debut album ‘Hyborian Vol. I’ (2017), which is currently re-issued by Season of Mist. The animated and bloodthirsty clip has been created by vocalist and guitarist Martin Bush. The American stoner metal innovators are streaming “Maelstrom” below:

Hyborian comment: “We had some down time during the cold months this winter, so Martin decided to learn how to do animation.  This is the very first result of his efforts, a video for ‘Maelstrom’.  ‘Maelstrom’ tells the story of a mountaintop battle with an elder god, aided by The Traveller (a pivotal figure in all our songs).  It features all original artwork and animation by Martin, and was incredibly fun to make.”

The melodic metal quintet JADED HEART has released its new single “One World” today! It’s accompanied by a video that is available below:

JADED HEART are going to release their new album “Devil’s Gift” on March 30, 2018 via Massacre Records.The  album was mixed and mastered by Erik Mårtensson, Thomas Ewerhard is responsible for the cover artwork.

“Devil’s Gift”, which is also available as a limited edition Digipak CD with exclusive bonus tracks, is a melodic metal gem full of power, melody and attitude! You can pre-order it here: https://massacre.lnk.to/devilsgift

SMOOTH SAILING are pleased to announce that they have revealed a video for their song “Timmy’s Phone Number”. The track is taken from their upcoming split with INTO THE STORM.

The band commented “Since practicing takes up 99% of the time you spend in a band, we just set up a cell phone camera with a motorcycle Snapchat filter during a normal rehearsal. This is the result.”