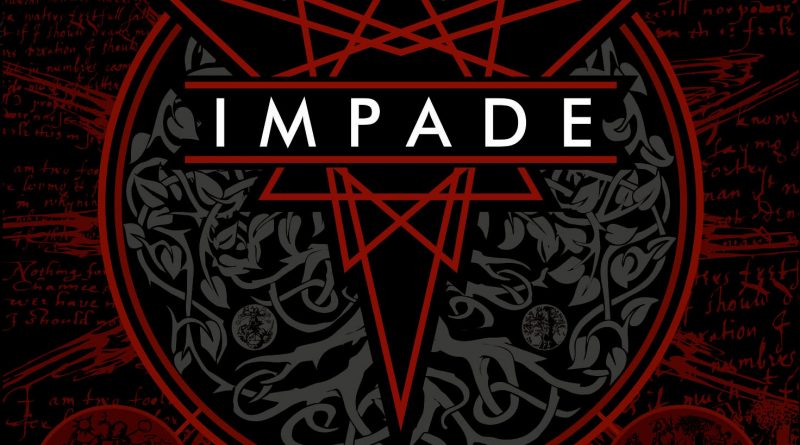 The Bulgarian metal band IMPADE have now released a music video for their full-length album titled “Compendium De Terra”. The video is for their song “Freedom I” and is directed by the band’s own singer – Tony with the camera work being done by Vasil Paunov.

The album is available for free listening and download on their bandcamp as well as on iTunes, Amazon, Spotify and other online platforms. You can listen to it below:

SADAUK has released a new lyric video for the song “Battle A God”. That song is on the new album “A New Dawn”, which was released December 8th, 2017 via PURE LEGEND RECORDS. The Album is available as CD and Download.  You can watch de video below:

The swedish band SADAUK will be food for the Dark Metal lions! The heavy vocals from singer Joppe is set in contrast to the smooth melodies which is accompanied by some symphonic voices from Therese. But SADAUK is not another female fronted symphonic metal band, no. Their sinister metal is like ORPHANED LAND seasoned with flavors from the north and they include some bombastic and epic ingredients like a mixture of MANOWAR and DIMMU BORGIR. Finally you will be surprised that there are still some interesting bands combining classic metal sounds to a new dimension. So watch out for SADAUK.

As the perfect Christmas gift, KAMELOT have now unveiled a brand new video for the track ‘Under Grey Skies‘, featuring DELAIN‘s Charlotte Wessels!

KAMELOT vocalist Tommy Karevik states: “One of my favourite songs from Haven. About the importance of never giving up on yourself or the people around and that you can always make a difference in someone else’s life. Sometimes by just believing in them or simply listening to what they have to say. It was very nice singing with Charlotte and her voice fits the song perfectly.”

“I absolutely adore songs like Under Grey Skies that inspire hope and optimism in the darkest of times. I was proud to be part of the track and even more thrilled that there’s a video for the song to share now as well. Add to that the fact that Kamelot and Delain will share the stage again in the US this spring and I’d say there’s plenty of things to get excited about!” adds Charlotte Wessels (Delain).

“We wanted to release this video as a last “Haven” Christmas gift to the fans. This album has reached so many new heights for us, thanks to the fans and some long and intense touring. The next album is almost ready to be unleashed in 2018, get ready for a monster!!” says Thomas Youngblood Kamelot Guitarist. He continues: “We approach the end of the 2017 and the ending of the epic Haven Tour. What an amazing time we have had with Haven, taking the band to new countries, cities and highest chart placements in the band’s history. Debuting at #1 on Billboard’s Hard Rock Charts was a stunning reminder that we have the best fans in the world!!

But, wait! We will not leave for the Christmas break without dropping a nice & beautiful Christmas present here for all of you beautiful people! Here is our video for “Under Grey Skies” featuring Charlotte Wessels from Delain. Also appearing on this track is Troy Donockley from Nightwish. Enjoy and see you all on tour in 2018!!!

Spring 2018 will bring a new epic album from KAMELOT, get ready! But now it’s time to highlight your Christmas with their brand new video, get your eyes & ears on it right below: