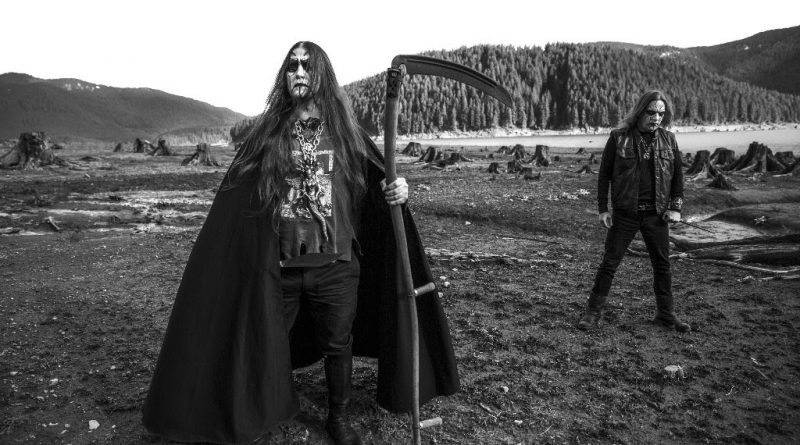 O tidings of comfort and joy! INQUISITION are releasing the first video clip for the track, “From Chaos They Came” taken from the US black metal trailblazers’ latest album, ‘Bloodshed Across The Empyrean Altar Beyond The Celestial Zenith’. Happy holiday season, everybody!

The video can be viewed below

PHIL CAMPBELL AND THE BASTARD SONS, led by the legendary long time MOTÖRHEAD guitarist, have released a live video for their cover of the HAWKWIND classic ‘Silver Machine’ (feat. original HAWKWIND member Dave Brock) honoring Campbell‘s long-time friend and companion, the late Lemmy Kilmister. The song will be available as a bonus track on the CD version of the band’s upcoming debut album, »The Age Of Absurdity« (out January 26, 2018).

BEAST IN BLACK, the band featuring former BATTLE BEAST guitarist Anton Kabanen, has just concluded its first hugely successful tour in support of their highly-acclaimed debut album titled “Berserker“. The band played 9 well attended shows with BEYOND THE BLACK and KOBRA AND THE LOTUS in Germany. But the next chapters of their young history are already set to be written: After performing their very first two headline concerts in Finland in early February 2018 and joining RHAPSODY on their forthcoming “20th Anniversary Farewell Tour“ afterwards, BEAST IN BLACK will fly over to Japan next May to be part of the 3-show “Suomi Feast 2018” with TURISAS, FROSTTIDE, MORS SUBITA and more bands, which will be announced soon. Several festival performances have also been announced, with more to come. All details can be found below.

In celebration of all these upcoming shows and a successful 2017, BEAST IN BLACK have launched a brand new lyric video for ‘Zodd The Immortal’, based on a picture of the band’s cover artist Roman Ismailov, over on YouTube. Check it out, here:

Anton commented:
“‘Zodd The Immortal’ is the most aggressive song on the album, especially vocal-wise, and it’s related to the anime/manga »Berserk«, so I hope that all the fans of »Berserk« will like this one too.”