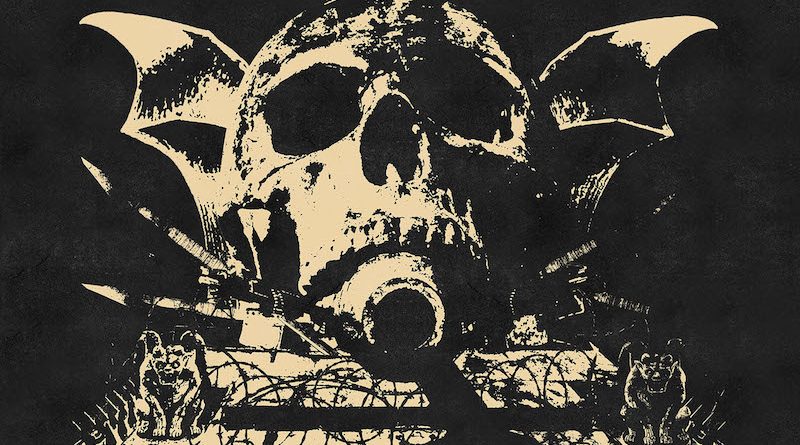 East Coast crossover titans IRON REAGAN and rising Sonoran death metallers GATECREEPER unite for a split recording of cranium crushing proportions. Across 8 new tracks of auditory and lyrical venom, both bands showcase why they’re two of the most talked about groups in extreme metal today! The split LP, mixed by Kurt Ballou at Godcity Studios, is due out March 2 on CD/LP/Digital via Relapse Records.

Below you can hear new tracks from the two bands

Side A – Iron Reagan
1. Warning
2. Paper Shredder
3. Take the Fall
4. Proudly Unaccountable
5. Burn for This

Swedish Death Metal legends THE CROWN announces new album ‘Cobra Speed Venom‘ for a March 16 release through Metal Blade Records. Produced together with Fredrik Nordström at Studio Fredman the record promises to be one of the biggest surprises of the year. A return to Death Metal speed and darkness in full glory! You can watch the first single below:

Comments THE CROWN on ‘Cobra Speed Venom‘: “We are really looking forward to finally be able to show our fans how damn good this band can be when the circumstances are right. With that I mean to be able to do an album the way we want to do it: creating as a band, rehearsing as a band, recording as a band. You will hear a band performing here, with fierce energy and hunger!“

Surf over to metalblade.com/thecrown to pre-order the album in the following formats:

Metal Blade will release ‘Iron Crown’, the 1st single of the upcoming album, as a limited 7″ on January 12th. The B-side features the exclusive new song ‘Ride The Fire’ (not to be featured on the longplayer). The ‘Iron Crown’ 7″ will be released in these colors: black (300 copies), silver (200), red transparent (100) and can be pre-ordered from EMP and our ebay-store!

Italian Extreme metallers 5RAND are proud to present their new videoclip “Erase”, the last single taken from their debut album “Sacred/Scared”! The video is filmed and edited by Martina L. McLean (Sanda Movies) and it’s available below:

Julia, front-woman of the band, says: “As you can see, it’s not easy to leave your eyes from this video during the 5 minutes of the running time of the song. Through it Martina is succeeded to keep fully the sense of the song: the words that a psychopath says just before he kills his “beloved” victim. So prepare yourself to a devastating, noisy and claustrophobic experience”.

“Sacred / Scared” is available at http://smarturl.it/5RAND-SACRED