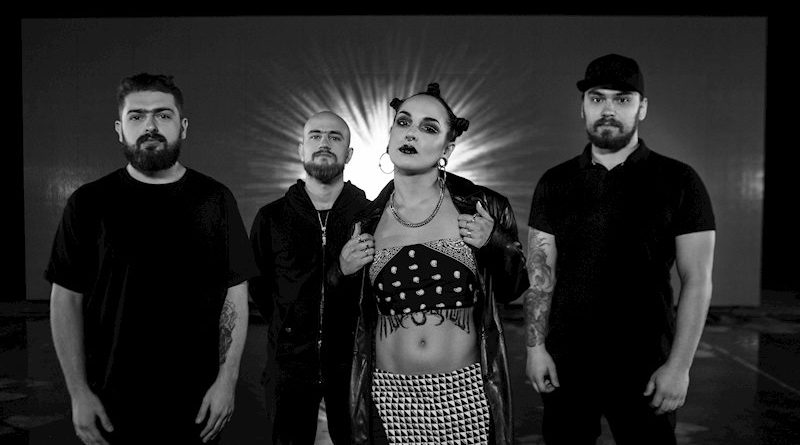 One of the hardest working bands in the heavy metal landscape at the moment, Ukrainian juggernaut JINJER have released a 4th video single “Teacher, Teacher!” taken from their critically acclaimed 5 track EP entitled Micro, released via Napalm Records in January 2019.

Filmed in various concert venues throughout Europe on their last tour with Amorphis and Soilwork, “Teacher, Teacher!” is a visually stunning portrayal of JINJER‘s exciting and energetic live show mixed over the unique Progressive Groove Metal sound that sets them apart from the rest of the pack.

The band comments on the new track & video “Teacher, Teacher!“:
“The idea behind the song is about people that dictate their agenda by means of their status, position, or just their internet claim to fame in order to impose their opinion onto others but those opinions aren’t based on experience nor knowledge.”

After almost a decade of activity, LEGACY OF CYNTHIA is about to make another twist in their career. LEGACY OF CYNTHIA has never been bounded by frontiers but by expanding their horizons, so the band gave its creative writing process a new blast. LEGACY OF CYNTHIA new songs – both musically and lyrically – take inspiration from the darker side of men and casts it into mind-blowing arrangements and dark melodies.

Throughout 2019 LEGACY OF CYNTHIA will unleash some of the sickest tunes they ever made. Anthems that will defy categories and boundaries and certainly will defy all expectations.

Here’s the first one: “Monster”

The Ocean launches the video clip for ‚Silurian: Age of Sea Scorpions‘, recorded live at Ghost City Recordings Studio A. Watch the video below:

THE OCEAN comments: „We recorded this track live at Ghost City Studios near Nuremberg, Germany, where we did a pre-production session for our November 2018 tour, the first leg of the Phanerozoic tour just after the album had came out. We locked ourselves in this cool studio in the middle of nowhere for 9 days of intense rehearsals and programming lights from morning to late at night. It’s the first time we’ve done something like that, and having all of us actually living in the same space for a while, rehearsing all together or working on details in smaller groups, was a great way of getting the ‘Phanerozoic’ material in shape for the tours to come. After headlining Progfest in Australia and dates in India and New Zealand in January, we are currently on the 2nd (European) leg of the Phanerozoic tour. „Silurian – The Age of Sea Scorpions“ is one of the tracks were playing live every night, come catch us when we’re near you!”