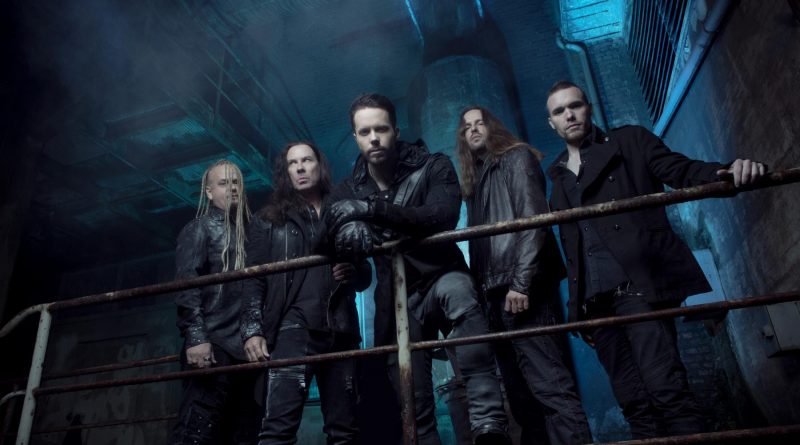 KAMELOT are one of metal’s most unique, influential and prestigious acts that blends symphonic metal, prog, power metal and world music – so it comes as little surprise that the whole metal world is holding its breath in anticipation of The Shadow Theory! The band has already unveiled the first track “RavenLight” from their new masterpiece. Now it’s time to unleash the second opus “Phantom Divine (Shadow Empire)”.

Thomas Youngblood on “Phantom Divine (Shadow Empire)” feat. Lauren Hart:
“In the future our memories and thoughts will be extracted and transferred to synthetic AI. Our carbon based bodies will no longer be needed and eventually discarded. On Phantom Divine we explore this vision of a world where we are replaced by AI. Welcome to The Phantom Divine!”

The Vicente Cordero-directed for “Alive” is now available in both versions.

The Spanish versioncan be seen here

The original version can be seen here:

“It was discussed we should do a Spanish language version of ‘Alive’ before our first tour in South America and I was excited to make it work,” explains singer Jeff Scott Soto. “I brought in my close friend Alex to help with the translation as well as coach me on my enunciation. I am not fluent in Spanish so it was a difficult process, but it sounds pretty damn cool now that we made it work. I think my favourite part is hearing Bumblefoot singing in Spanish!”

Guitarist Ron “Bumblefoot” Thal is excited about offering these new versions of “Alive” to their fans. “I love stripping down a song to its simplest form, showing the core of what the song is,” he says. “The acoustic version of ‘Alive’ has that naked vulnerability, and shows what a great lyricist and melody-maker Jeff is.”

As Mike Portnoy declares, “Ever since this lineup assembled to make PSYCHOTIC SYMPHONY, the thing I’ve been most excited about is anticipating how insane I know this band is going to be on stage. Well, the wait is almost over!Here are the first U.S. dates that will get to witness this ‘five-headed musical spectacle’ live on stage in February. We plan on being on tour all year long, all over the globe, with plenty of dates now being announced for summer festivals throughout Europe, but these are the very first shows that will get to witness this amazing lineup in person for the first time. We can’t wait!”

Released October 20th via InsideOutMusic / Sony, PSYCHOTIC SYMPHONY is available as a 2CD Mediabook (featuring a second disc of instrumental mixes and extended booklet with an exclusive Studio Diary), Gatefold 2LP vinyl + CD (which comes with an etching on side D and the entire album on the CD), Standard Jewelcase CD & digital download. It was produced by the dynamic production duo of Portnoy and Sherinian, also affectionately known as “The Del Fuvio Brothers,” which is the nickname given to them over 20 years ago during their time together in Dream Theater. Get your copy here: http://smarturl.it/SonsOfApolloPS

Norwegian black/thrash metal outfit THE KONSORTIUM, feat. bassist Teloch(Mayhem, ex-Orcustus, ex-Gorgoroth, ex-1349) and drummer Dirge Rep(Orcustus, ex-Enslaved, ex-Aura Noir), reveal music video for new track “Arv”. It’s the first song to be revealed from the band’s upcoming album “Rogaland”, due out on June 1st in Europe and June 8th in North America via Agonia Records. The video was filmed by Stein Erik Aulie of Cicknave Media. Watch it below: