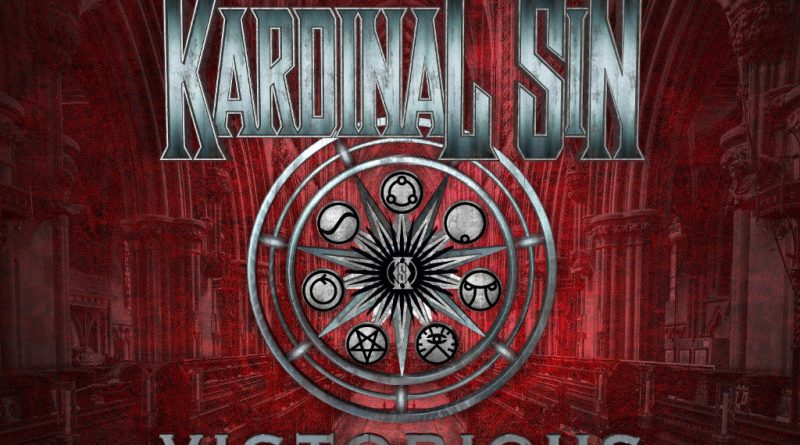 But that’s not all – you can also watch the official video for the new single “Mastermind” here:

KARDINAL SIN‘s upcoming album “Victorious” offers a blend of power metal and classic heavy metal with strong melodies!
It was mixed and mastered by Fredrik Folkare at Chrome Studios. Thomas Geson Gustafsson has created the cover artwork. You can pre-order the album here: https://massacre.lnk.to/victorious

Stormzone are thrilled to announce the release of ‘Dark Hedges’, the first official video from their new album ‘Lucifer’s Factory’ which will be available worldwide on April 23rd 2018 via Metal Nation Records. This 6th album from the Belfast-based Heavy Metal merchants features 13 brand new songs all based on Irish myths and legends.

The ‘Dark Hedges’ is a mysterious landmark in Northern Ireland and it has been made world-renowned by being featured in Game Of Thrones. But it is legendary in its own right and has rightfully taken its place in Irish myth and folklore long before being made famous by the hugely successful tv series. Legend has it that one June night each year a beautiful ghostly lady appears under the extensive branches of the Dark Hedges trees for an evening of dancing and interaction with the spirits she has previously invited from the graveyard nearby. One June night of revelry and then, just before dawn, it is all over for another year! Perhaps if you are a Game of Thrones fan and you are planning to visit the Dark Hedges sometime during June you can maybe time your trip just right and be able to join the dark lady and her ghostly guests!

This new video was recorded and directed by Jim Crone who is also responsible for the previous Stormzone video ‘Another Rainy Night’.

Firewind mastermind and ex-Ozzy Osbourne guitarist GUS G. has released a music video, filmed for the new album’s first single “Letting Go”. “Dennis and I have collaborated very closely for a number years, he produced the current Firewind album “Immortals”, among other things. We’re on the same musical wavelength and simply continued our cooperation after the Firewind production,” Gus describes his relationship with the multitalented German-American Dennis Ward, who now is also the vocalist and bass player in the GUS G. band.

The new GUS G. album “Fearless” will be released on April 20th (on CD, Digipak and Vinyl).

The drummer for this tour will be Felix Bohnke (Edguy, Avantasia).