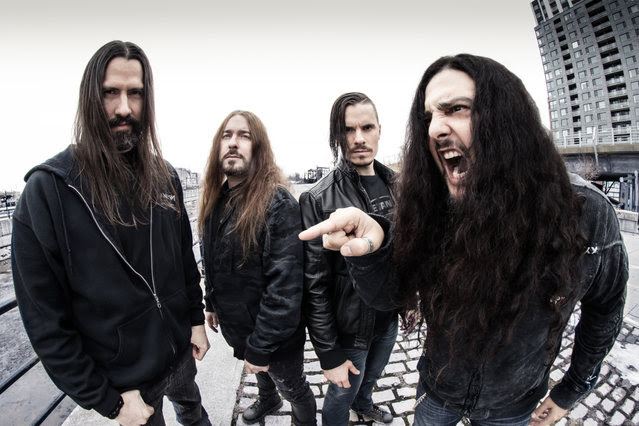 Now, the band released their music video for their second single off »Meditations«. Watch the video for “Narcissist” below:

Nordic symphonic metal masters  MIDNATTSOL have  just released the official lyric video for the title track of their upcoming new album “The Aftermath” which will be released on May 25th via Napalm Records.

MIDNATTSOL now has true full sister power featuring Liv Kristine and Carmen Elise! The name „Espenæs“ rightfully makes a lot of people swoon – as  both sisters have been a vital part of a magnitude of gothic / symphonic / folk metal milestones.  Until  this point a supergroup involving both sisters sharing microphone duties was only the stuff only dreams were made of.  Now it is a reality!

The band comments on the track:
“As a huge thank you for waiting for us all these years, here is another song for you before the release of our new album! It contains a message that we want to reach out with; What do you think it is?”

“The Aftermath” relies much more heavily on folk influences lending atmospheric density to the melancholic symphonic metal compositions. A sumptuous and sensual affair and a shimmering highlight in the discography of this German / Norwegian team! Enjoy the brand new video below:

Greek classic heavy metal thrashers SENSE OF FEAR have posted a new lyric video for their track “Torture of Mind” in support of their debut album “As The Ages Passing By…” released on April 20th via Rockshots Records.

“Each song has its own gravity to the album, and all together create SENSE OF FEAR’s presentation to the world as a band and as musicians. All the lyrics come from personal experiences and emotions. This is our way to express ourselves and fight the personal demons.”

“As The Ages Passing By…” is now available digitally and on CD via Rockshots Records online store here plus iTunes, Amazon, Spotify and all major online retailers.