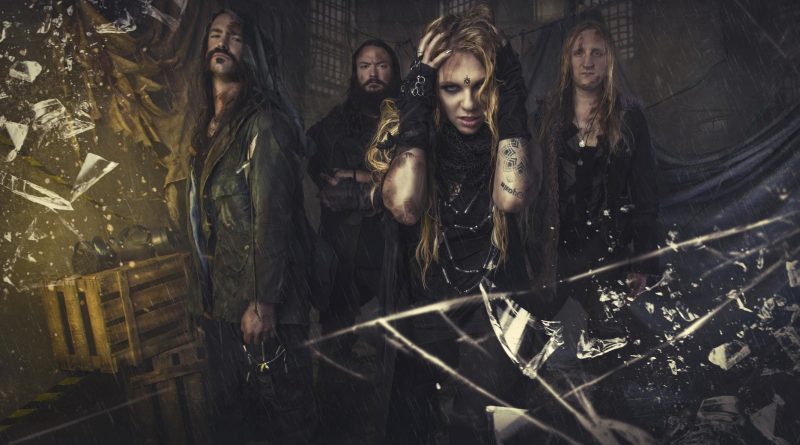 Today the band is pleased to unveil their video for a cover of the Fleetwood Mac classic “The Chain”.  Watch the video below:

Following up with 2017’s EP release “Back Again”, Toronto melodic proggers THE SLYDE return with their first full length effort titled “Awakening”.  The band (formerly known as just Slyde) will drop ten tracks of their intricate, contrapuntal prog rock that they’ve honed over the last decade on May 18, 2018. Below you can wathc the new music video, for the track” Back Again”

“‘Awakening’ refers to the process of invoking change. Each song can be seen as a protest song, arguing for a more peaceful and autonomous way of life. For example, the opening track ‘Awaken/Walk With Me’ is about getting away from the powerful effects of media control and propaganda.  ‘Back Again’ is about the beauty and fragility of our Earth, and how we take it for granted. ‘Divide’ refers to the brainwashing effects of politics of fear and division in the West. “Awakening” looks at our daily consumption and poses the question ‘what is, or could be, our reality?”

In true prog fashion, THE SLYDE stays true to their mission statement with their quirky arrangements, aggressive edge, and ominous lyrics.  The result is a thought provoking, high-octane album for fans of Rush, Dream Theater, Haken, Coheed and Cambria, and Megadeth. Driven by Nathan Da Silva’s elegant vocals, Sarah Westbrook’s powering keyboard skills, and the powerful rhythm section of Alberto Campuzano (Warmachine, ex-Annihilator) and Brendan Soares, the band are to catch the ears of any technically minded melodic prog rock fan.

“We think fans will certainly enjoy this release, and will notice that we’re slowly adding more of an aggressive edge to our songwriting plus incorporating more ‘metal’ elements into the riffs.  ‘Awakening” is less conceptual than previous releases by containing more straight up rockin’ tunes.  Each song stands on its own.”

Russian avantgarde extreme metal trio Lautreamont will release “Silence of the Deceased” on May 7th. Today the band is launching a studio performance clip of the song “Epitaph” taken from the album.

Hailing from Novorossiysk, a port city on the Black Sea in Southern Russia, avant-garde extreme metal trio Lautreamont explore decadence and dissonance on their upcoming album Silence of the Deceased, set to be launched on May 7th. The band has launched a studio performance video of the song “Epitaph.” Watch it below:

“‘Epitaph’ is the closing song of the album and it summarizes pretty much everything Lautreamont offers on ‘Silence of the Deceased’: the sinister, crawling and deadly atmosphere delivered by vortex riffing, ambience and variative complex rhythmic approach,” commented singer and bassist Alex “Dread” Zarotiadi. He continues: “The song is based on the great poem ‘L’Epitaphe’ written by master Maurice Rollinat and it is some kind of quintessence of the album’s lyrical concept: madness, anticipation and solemn embrace of the end.”

The band’s decision to release a studio performance video is to introduce Lautreamont visually, showing their approach of playing live and delivering the music in their specific way. “We’re going to express the music by another different visual forms in the future indeed,” Zarotiadi admits.

Silence of the Deceased has been in the works for a few years; Lautreamont took their time to produce an album that is worth of listeners’ attention, but they also believe that there is a big room to evolve in the future, which is bright. “No boundaries and no compromises, those who have ears must hear. Just give it a listen. No tour plans for the moment but this topic is open for discussion. If we feel that we should do it – we will do it.”

Silence of the Deceasedis out on May 7th and is available to pre-order from Bandcamp.