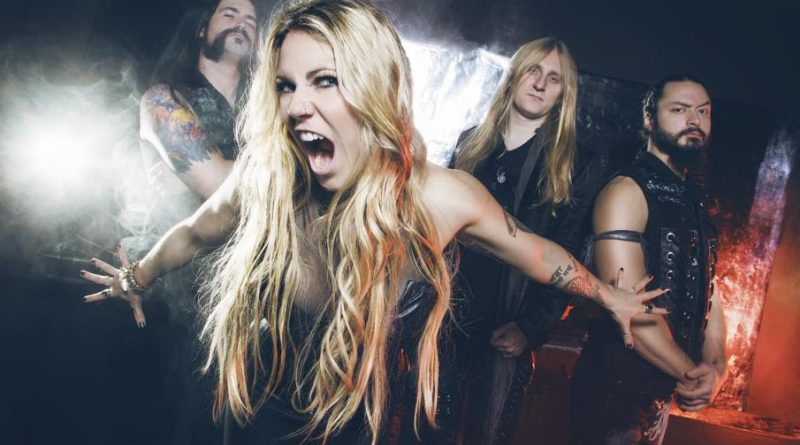 Prevail I, the latest offering by Canada’s hottest metal export KOBRA AND THE LOTUS, has been successfully released in May 2017 on Napalm Records. A true rock juggernaut full of blistering guitars, pounding rhythms and haunting vocal melodies that is taking the listener on a sonic journey leading them out from the darkness and into the light. Produced by Jacob Hansen (Volbeat, Amaranthe, Epica etc) and mastered by Grammy award winning Ted Jensen, Prevail I has undoubtedly ushered the band to a much deserved elevated hard rock status.

Now the band fronted by charismatic vocalist Kobra Paige has unveiled a brand new lyric video for the track ‘Prevail‘, check it out right below:

Canada’s melodic thrash metal powerhouse THREAT SIGNAL stream new song,“Aura”. The track is taken from the band’s first studio album in six years,“Disconnect”, due out on November 10th worldwide via Agonia Records. Listen to “Aura” below:

An Official Lyric Video for the track “Division Of The Damned” is available below:

Hailing from Finland, Wolfshead‘s style is pure old school heavy metal, heavy guitar riffs, growling bass, pounding drums with bluesy, leather-lunged whisky-scented vocals on top. Taking their main influences from such acts as Black Sabbath, Motörhead, Venom and the whole NWOBHM movement, Wolfshead manages to combine almost everything from heavy rock music from between 1967 and 1985 to their own unique blend. They write songs about lycanthropy, living deads, witch hunts, Cthulhu Mythos and of course, heavy metal itself!