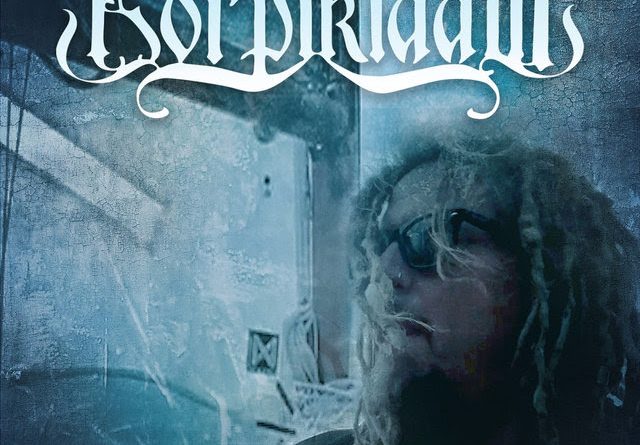 Only two weeks are left until Finnish Folk Metal Superstars KORPIKLAANI release their new studio album »Kulkija« (“Wanderer”), through Nuclear Blast. To celebrate, the band has unleashed the 4th single from their upcoming 14-song record today, entitled ‘Aallon alla’. It’s accompanied by a lyric video, including studio material as well as live footage from their latest show at Summer Breeze (Dinkelsbühl, Germany), filmed by WDR Rockpalast. Watch it over below:

Band founder Jonne comments, “The melody of this song was written first, then I added the chords. First there was too much, but then I fixed that by simplifying it as much as possible. The electric guitar plays no riff of any kind, but it’s included with the bass only to support the violin, accordion and vocal melodies. This song definitely wouldn’t work for YNGWIE MALMSTEEN since this is a prime example of a song where less is more. Of course, there is a slight exception to that rule; it has a bit of a progressive part after the first verse, which is also something new and previously unheard on a KORPIKLAANI album. The drum arrangement however is very complicated through the whole song, although it may seem rather simple at first.”

ALTER BRIDGE – RELEASE VIDEO FOR “THE END IS HERE”

With the release of the previous two live videos for “Addicted To Pain” and “Words Darker Than Their Wings,” from Alter Bridge’s career-defining live release Live At The Royal Albert Hall Featuring the Parallax Orchestra, fans have been patiently waiting for something new from those historical concerts. The band has released another rarity from their catalog, a live performance of “The End Is Here” from their 2004 debut release One Day Remains. “The End Is Here” is the last song on the album that introduced Alter Bridge to the masses and is a track the band hasn’t performed since their first touring cycle. The live performance from Royal Albert Hall also showcases one of the rare moments in an Alter Bridge concert where frontman Myles Kennedy puts down his guitar and his only instrument is the voice that makes him one of the most recognizable performers in rock music. The video for the track can be seen here

After 14 years performing together, five full-length studio albums, and countless sold-out shows around the globe, Alter Bridge is releasing the epic Live At The Royal Albert Hall on September 7th via Napalm Records. The live album and DVD was recorded in October 2017 when the band performed two sold-out shows at London’s iconic Royal Albert Hall backed by the 52-piece Parallax Orchestra led by conductor Simon Dobson. Live At The Royal Albert Hall is a 21-song collection that features some of Alter Bridge’s biggest hits, fan favorites and even a couple of rarities. Songs like “Before Tomorrow Comes,” “Ghost Of Days Gone By,” “The Last Hero,” and “Broken Wings” all find new life with the unique arrangements presented by Dobson and the Parallax Orchestra performing with the band. The pre-order for the release is live and fans can order various audio and video configurations including Blu-Ray, DVD, CD and Vinyl as well as other unique bundles with exclusive content. The pre-order is currently live here: www.smarturl.it/LiveFromTRAH and at www.alterbridge.com. Fans that pre-order the album digitally will receive instant downloads of “The End Is Here,” “Words Darker Than Their Wings” and “Addicted To Pain.” A portion of the proceeds from all sales will go to the Future Song Foundation; an organization that Myles Kennedy is closely involved with.

With only one week left until the release of their highly anticipated album ‘Map Of Broken Dreams’, GREAT LEAP SKYWARD have released ‘Kindred’ – a six and a half minute saga of progressive riffs and melancholic beauty, sure to hit the soft spot of any prog metal fan. Don’t let the intro fool you, this band means business and comes armed with blast beats in tow and riffs a plenty.

Written and produced by frontman Luke Besley and mastered by the legendary Ermin Hamidovic (Periphery, Plini, Animals As Leaders, Devin Townsend), ‘Map Of Broken Dreams’ is a refreshing, yet aggressive take on progressive metal that is sure to turn a few heads.

Great Leap Skyward is comprised of vocalist & guitarist Luke Besley, bassist Matt McConaghy, drummer David Allen and guitarist Jim Munro (who is best known as the guitarist of Australia’s past premier thrash outfit 4ARM, who toured with Slayer & Gojira in 2013 across North America).

“Map of Broken Dreams is an intense, layered progressive metal album with instruments and influences from all walks of music, creating a unique aesthetic and atmosphere. The combination of sounds and features from across genres external to metal gives a unique experience unlike any metal album you’ve previously heard and defies classification or bounds to one genre.”