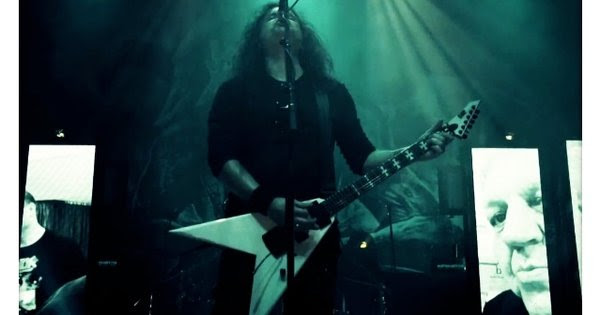 KREATOR – release new music video for ‘Hail To The Hordes’

In celebration of the release, the band offers a music video for ‘Hail To The Hordes’which highlights the bands hometown show at Grugahalle in Essen, Germany from last March. The video was directed by Matthias Kollek of Vault Video.

For everyone who wants to find out more about how the music video came to life, BLEEDING GODS unveil the official making of/behind the scenes of the ‘From Feast To Beast’ music video, today! Watch it over below:

Main man and guitarist Ramon Ploeg comments on the song and the music video, directed by Sebastiaan Spijker: “The track is about catching the Erymanthian Boar and bring it back alive to King Eurystheus. This was Hercules’ 4th labour of the series of 12 episodes concerning his penance for slaying his son, daughter and wife Megara (more info see below). Sebastiaan did an awesome job directing the video, which only shows some band shots. It is a real joy to work with him and he has a good and fast communication, which we like. We hope you enjoy the video as much as we do!”

PSYCHOSTICK Posts Slipknot Thanksgiving Parody “Give Thanks or Die”

The kings of comedy rock PSYCHOSTICK are known for mastering the metal cover with a long list of videos that includes tracks like “N.O.E.L.” (System of a Down “B.Y.O.B.” Xmas Parody Song), “Oh Tannenbaum” (Rammstein style Xmas Parody Song), “Numbers – I Can Only Count To Four” (Drowning Pool “Bodies” Parody), Megaman (Heart “Magic Man” Parody) plus Kenny Loggins’ “Danger Zone” and the Reading Rainbow theme song.

And now… just in time for American Thanksgiving, PSYCHOSTICK have a new holiday cover to share with fans!  “Give Thanks or Die”, a parody of Slipknot’s “Get This”, which appears as a b-side from the band’s 1999 self-titled album. Watch it now: