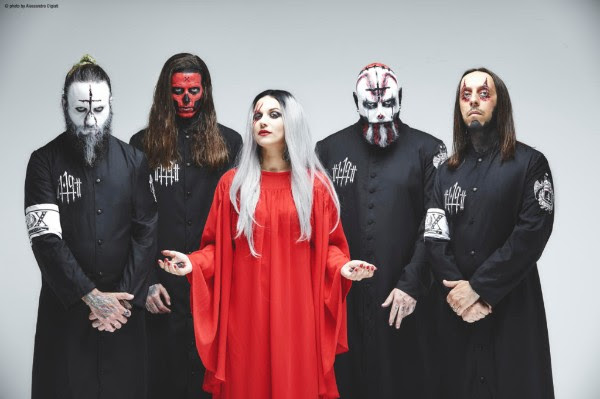 2018 marks the 20th anniversary of LACUNA COIL’s debut. To celebrate this special year, they played an exceptional show on January 19 in London at the O2 Forum Kentish Town. The unique, one-time event was filmed and recorded for “The 119 Show – Live In London” which is scheduled for release November 9th, 2018. Below is “The House Of Shame” live video taken from “The 119 Show – Live I” BD/DVD

Fans can look forward not only to a very special live performance that was accompanied by the UK circus group Incandescence, but also to a career spanning set including LACUNA COIL songs never played live before.

“The 119 Show – Live In London” is available in the following formats:

Coming out with the debut album “Rebirth of Consciousness” next November 23, the death metal band MANAM unleashes the new video “Supernova”. The new video was directed by Gabriele Boz, and it’s now available below:

Formed in late 2017 by the mastermind Marco Salvador, Manam creates a unique style that spaces on all the horizons of melodic death metal, changing from song to song and touching different genres, but always strictly bound to its main concept. Inspired by bands such as Wintersun, Opeth and Trivium, they create an immersive experience complete with custom stage clothes and decorations to go along with their mixing of extreme guitar melodies, power metal riffs, acoustic guitars, and powerful vocals (both clean and rough) supported by blasting and eclectic drums.

The album was produced by Marco Salvador and Marco Pastorino(Temperance), mixed and mastered by Michele Guaitoli (Visions of Atlantis, Overtures, Kaledon, Temperance) and it’s available for PRE ORDER at the Rockshots Store:
https://bit.ly/RebirthOfConsciousness_CD

One Step Beyond Sign With Wormholedeath And Announce “In The Shadow Of The Beast” Release Date!

Adelaide-based metal combo One Step Beyond have signed a deal with WormholeDeath for the worldwide release of their new album “In the Shadow of the Beast”.
“In the Shadow of the Beast” will be released on 23 November 2018 via Wormholedeath / Wormholedeath USA / The Orchard / Aural Music Group. Below you can see their lyric video for the track “Isolde”: