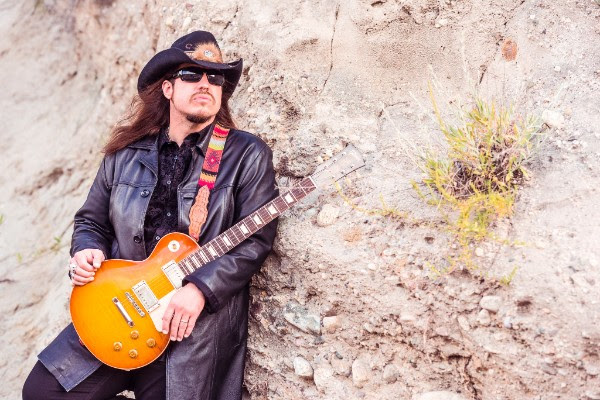 Six string guitar legend Lance Lopez releases yet another Texas blues anthem with the song ‘Down To One Bar.’ It is the third single of his forthcoming album ‘Tell The Truth’, set to be released on the 2nd of March 2018. The new video features Lance Lopez taking a few drinks to much.
Lance on ‘Down To One Bar’:
“Down To One Bar is the tragically funny story of how drinking never worked out very well for me! It always started out as a great party and then ended badly. What seemed like good times and lots of fun was not always that way. Today I am able to look back and tell the truth about how my partying usually ended up in Down To One Bar”

Tell The Truth is an autobiographical tour-de-force through the life and times of an archetypal Texas blues legend with all the highs and lows that inevitably accompany this time honored path. Lance Lopez has been on a slow, steady climb up the mountain to the blues rock hall of heavyweights for the last decade, and this album declares his arrival.

Black Label Society recently soared into the charts with their new record via Spinefarm Records, Grimmest Hits. The album landed at #4 on the US Billboard Current Charts, the highest charting LP since Order Of The Back released back in 2009. Grimmest Hits also saw the band hit career high chart positions in Germany (#21),  Switzerland (#25) and Australia (#30), with Japan recording the best position (#31) since BLS’s debut album in 1998.

Grimmest Hits is available to buy or stream to here.

Black Label Society have also announced that Monolord will be main support on the European tour. A month into their criss-crossing Europe through thirteen countries and 27 full-throttle live shows, BLS will play the iconic Royal Albert Hall, London, on April 5 2018.

Now ten studio albums deep, the setlist is sure to be career defining and BLS bandleader, Zakk Wylde, can be relied upon to wield his guitar like a Viking weapon, bashing out thick riffage and squeezing out expressive squeals as if the glory of his Berserker brotherhood depends upon every single note, which of course, it does.

In anticipation of their upcoming album “Chaos Manifesto”, Sweden’s melodic, old-school death metallers DEMONICAL reveal a new track titled “A Void Most Obscure”. Listen to the song below:

“Chaos Manifesto” is set to be released on March 23rd in Europe and April 27thin North America via Agonia Records.