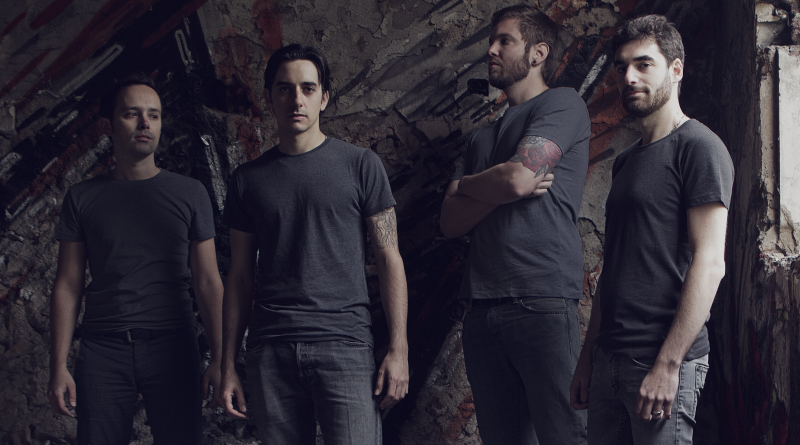 Lost In Kiev‘s third album is one of the most awaited works for 2019 in the post rock/metal realm. World Of Metal joined the band to premiere their new video for the title track of their new album, “Persona”, that will be released on 26th April of 2019.

“Persona has been written as a reflection on humanity, in a futuristic technological context, where the A.I would be fully implemented in everyday life. Persona does not impose a position on the topic, Persona results from a desire to create a futuristic fiction through the prism of intimate stories, with characters with singular lives and sometimes tinged with realism. We wanted to create a new kind of ambience for us with some analog & digital electronic sounds and samples, a mix between post-rock as we already made but with a true soundtrack movies ambiance and a bit of trip-hop music style.”

Commentary by Yoann Vermeulen, video director and drummer of Lost In Kiev:

‘Persona evokes the creation of a new intelligent being, similar to ourselves, created by a robotics company. The human resemblance is so impressive that we can say that it is the “spark of a new world”. The clip narrates the creation of this first being. A shot of space, the infinite, juxtaposed with images of microbiology reminiscent of the birth of life on Earth. Gradually, small objects begin to reveal the subject in more depth. Finally, a body emerges from a 3D printer. The universe is white, immaculate, like a technological fantasy. The video then turns into dark colors and reveals the sordid aspect of the business. The company logo that appears states “Make your future more human”, an ironic slogan which is referenced on the track Pygmalion. The shots multiply, the rythm accelerates and ends with a rewind of the genesis. The shot of space becomes interrupted by a glitch. This sequence is a mirror to the first scene that evokes the birth from the void (space). In the last shot, the CEO of the company is publicly revealing the successful creation of what is the spark of a new world.’