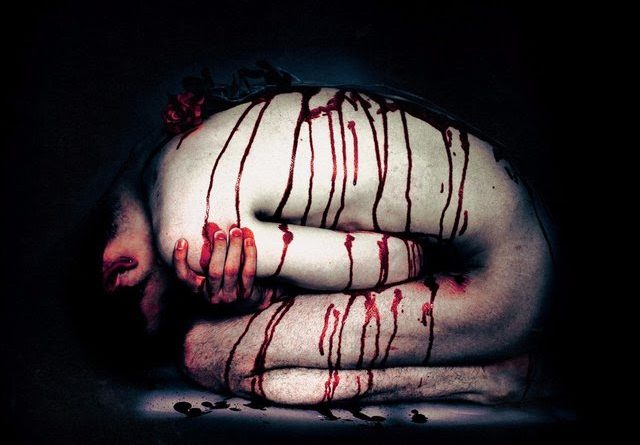 “I feel like metal could really infiltrate the mainstream with this album. And it needs to… now more than ever. A lot of consideration went into making these songs more identifiable to a wider audience. Simplifying ideas, simplifying hooks, really concentrating on story-telling as opposed to ‘brutal poetry’ or whatever. And while I’d love to say it was all some grand plan, there was no ‘plan’” Flynn adds laughing. “You never know where you’re going to end up whenever you start writing a record… you just write… but I tell ya what… we ended up with a landmark here.
Whenever you finish an album, you always feel proud, but this time… we’ve got something really special. We can feel it. We know it. »Catharsis« could really elevate our genre.”

Formed in 2015, ANARCHEON features vocalist Kaija Kinney, founder of Metalocalypstick Fest, the BC metal fest celebrating women in metal, along with guitarist Clayton Bach, bassist Sylvain Maltais and drummer Steve “Machine” Richardo (ex-Messiah, ex-Green Jellÿ). With a band name playing off the word Anarchy, ANARCHEON is more of a Frankenstein of their various influences with their powerhouse of shemonic screams, catchy riffs and energetic heavy bass leads. Stealing the hearts and souls of fans in the Vancouver area and beyond since their inception, the quartet recently unleashed their new EP “Stratusfear” this past October.

Their first music video “Etherous Claws” directed by Markham Samuels and produced by Whitelf  Films tells the story of ANARCHEON using the power of heavy metal to summon an ancient vampire from her slumber.

“This is our first music video so of course we are super stoked about it. We wanted to have a bit of a back story on the song in a more poetic way rather than literal. Our good friend with Whitelf Films did an amazing job getting our vision onto screen and looking sharp!” says vocalist Kaija Kinney.

“And for those checking out our EP, it’s basically a coming together of all four members. We had so much fun writing these songs. All four of us have very different music tastes so it was very interesting coming together with such chemistry and creating something that we were all stoked about. We are already gearing up for a full album!”

IN FLAMES – drop surprise covers EP “Down, Wicked & No Good”

Gothenburg-based metal heavyweights IN FLAMES surprise fans with a four-track covers EP »Down, Wicked & No Good« out today on streaming platforms worldwide during SOLD OUT hometown show at the Ericsson Globe in Stockholm, Sweden. Get your download here:
http://nblast.de/IFDownWickedNoGood

To debut their cover of DEPECHE MODE’s 1997 hit single ‘It’s No Good’, IN FLAMES are taking over DEPECHE MODE’s Facebook page today starting at 13:00 CET, releasing exclusive content and a new video for the song – watch it here:

The panoptic covers collection also includes IN FLAMES‘ versions of ALICE IN CHAINS’ ‘Down In A Hole,‘ CHRIS ISAAK’s ‘Wicked Game,’ and a live bonus version of NINE INCH NAILS’‘Hurt‘. It sees the Swedish quintet expanding beyond metal to incorporate the group’s varied musical taste and expansive sonic range.

“We’ve been fans of DEPECHE MODE since we were as young as 10. Getting to do our rendition of ‘It’s No Good’  showed us a different side of the song – it brought new meanings to us. We relate to the lyrics and power of the song so heavily that it almost feels as if we could have written it ourselves. They’re a band that we’ve always looked up to. Growing up, you either listened to Pop, Synths or Rock and even though we are a metal band, DEPECHE MODE inspired a lot of the electronic elements we use in our music today.”