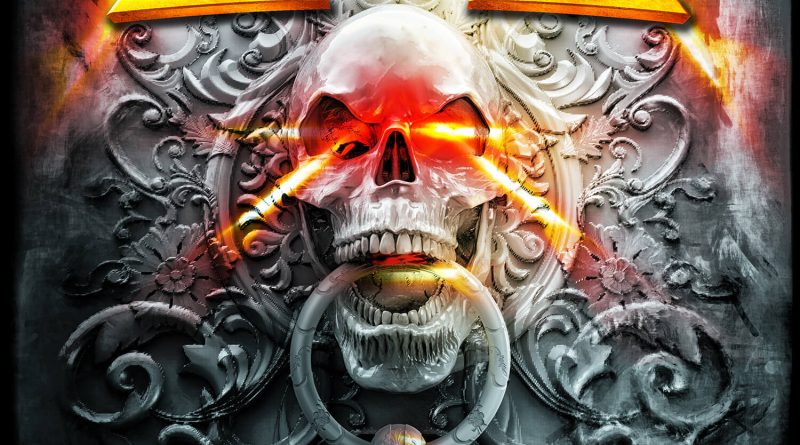 The first single ‘Beat Of The Heart’ stands out among the eleven songs on the forthcoming album 35 for a number of reasons. On the one hand the track could be described as the 2018 successor of Mad Max’s most important hit ‘Night Of Passion’, and on the other hand the band members have made their longstanding dream come true with the video that supports the song. “For once in the history of Mad Max, we wanted to shoot a video that has the look and the cinematic quality of a real little motion picture. Thanks to the support of our sponsor Hubert Teichmann, we got that opportunity at last.”

By way of explanation: Hubert Teichmann, among other things the owner of the private “Staudenbahn” railway line near Augsburg, has been a staunch patron of the arts for a number of years – again the term “idealism” comes to mind! – and supplied the financial means that enabled Mad Max to shoot a video clip in Berlin with a number of actors, among them leading man Vinzenz Kiefer (The Baader Meinhof Complex, the action/crime drama series Alarm für Cobra 11, Jason Bourne) and director/screenwriter Oliver Betke.

35 will be released as CD DigiPak version, limited vinyl version, download and stream on August 10th 2018 through SPV/Steamhammer. https://MadMax.lnk.to/35

Dollar Llama is one of the greatest portuguese bands that will be present on Vagos Metal Fest – the band will play on the 10th of August and this week they released their brand new video from thelast album “Juggernaut”: “STAGEFIRES”, directed by José Dinis and filmed by José Ferreira, that you can watch below:

Horehound surpassed their own expectations for the self-titled debut in 2016, and this past Spring re-released a remastered version on Digital, CD, and first-time Vinyl format. Now Horehound presents their sophomore album ‘Holocene‘. With all music written and performed by Horehound, the album was recorded and mixed by Matt Schor at War Room.in Pittsburgh, and mastering done by James Plotkin at Plotkinworks.  The incredible cover artwork illustration is by Brian Mercer.

To introduce the new album, the band is premiering a video for the debut of “L’appel du Vide”, the third track from ‘Holocene’. The visualizer was created by Sam McDonald.

Vocalist Shy Kennedy shares a few words about the album:  “‘Holocene’ is the single most rewarding contribution I have made as an individual artist and even of any group effort I’ve been a part of. It has been a realization for Horehound and through this recording we really cultivated our sound. The overwhelmingly gratifying experience we’ve had in creating this album will further transcend once we are able to share it with others.  “

Guitarist Brendan Parrish adds:  “‘Holocene’ is a convergence of our respective influences and a natural evolution in the sound we’ve developed. It represents our growth as songwriters and we are very eager for the rest of the world to hear what we’re so proud to have created.”

Horehound is preparing for a release of Holocene sometime later in 2018. The band has been reviewing incoming offers and invites all who may be interested in partnering for the release to reach out to them soon.