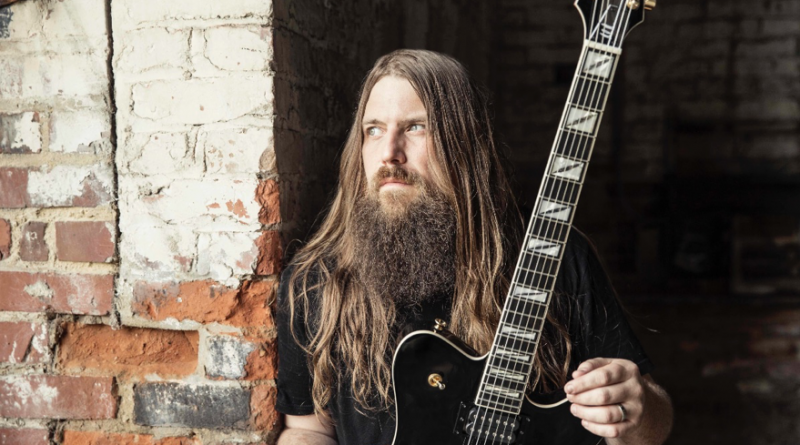 Mark Morton, the prolific guitarist of Lamb of God, has released the video for the Top 10 track “Cross Off,” featuring Chester Bennington. Watch it below:

The “Cross Off” video, directed by Roboshobo, includes performance footage of Mark Morton with Paolo Gregoletto and Alex Bent (Trivium) who also performed on the recording of song.

Morton says: “Anesthetic” is finally out! I’m excited for everybody to hear the whole thing. We’ve gotten some great feedback in these first few days so thanks to everyone that’s checked it out already. The guys are coming in this week to start rehearsals for the US tour with Light The Torch and Moontooth. We’re all looking forward to bringing these songs to you live so come and get loud with us! We are also premiering the video for “Cross Off”. Thanks to Paulo Gregoletto and Alex Bent for being a part of the shoot. Thanks for the continued support and I hope you enjoy the video and the album.“

This Friday (March 8th), the Faroe Islands’ Týr will release their eighth full-length, Hel, via Metal Blade Records. Hel is a collection of ruthlessly melodic and irresistibly compelling progressive folk metal that will immediately resonate with any who have followed the band at any point over the two decades of their storied career. For a preview of the album, a video for the new single, “Ragnars Kvæði”, can be viewed below:

MYRATH’S NEW SINGLE “NO HOLDING BACK” OUT NOW!

The impressive video takes the viewer back into the enchantingly exotic world of adventure, that, through the previous videos of “Believer” and “Dance”, has been an integral stepping stone in MYRATH establishing themselves as one of the most fascinating bands in the current international metal scene. “No Holding Back” is the cinematic grand finale in the trilogy surrounding the three videos. It is the final instalment of a tale that shows the band members as avatars fighting for a peaceful world and for those who stand up against oppression in a world full of uncertainty. “No Holding Back” shows that the band not only displays a high sense for wonder and storytelling, but their undeniable musical finesse and ability to combine powerful melodies with strong lyrics stands obvious above all.