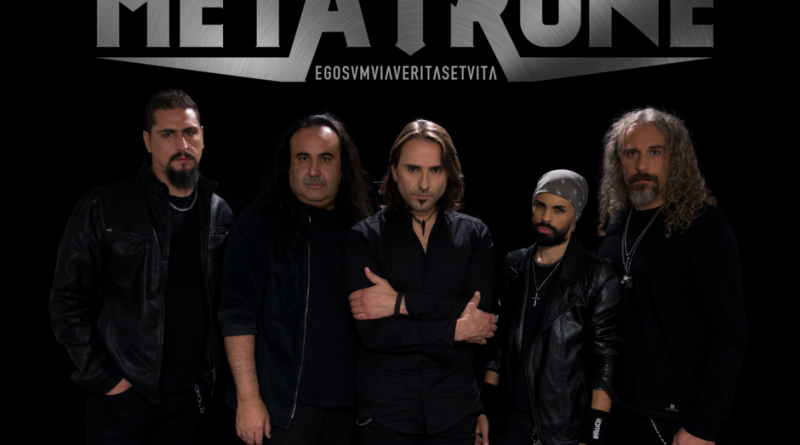 Progressive and Christian metal band METATRONE have just released a new lyric video of the song “Regina Coeli”, taken from their 4th album “Eucharismetal”, released by Rockshots Records in 2016.
Being the song one of the most appreciated from the fans, the band decided to release a video even to celebrate the North American release of the album.

2017 was a crucial year for METATRONE, due to David Brown’s decision to live Christ in a different way: David is not a priest anymore, but religion is still essential in his life and in METATRONE‘s career as well.
Spirit and inspiration are still the same, as well as the musical form that most represents the band: HEAVY METAL!

The lyric video of “Regina Coeli” is available below:

AXEMASTER has released a new video for the song “10,000 Pound Hammer” that you can listen below. That song is on the new album “Crawling Chaos”, which was released November 24th, 2017 via PURE STEEL RECORDS. The Album is available as CD and Download.

Two years after the release of the „Overture To Madness“ album, the current edition of AXEMASTER delivers their second album of new material, titled „Crawling Chaos“ (both through Pure Steel Records).

With the vocals of Geoff McGraw (AXEMASTER singer since 2013), as well as the additions of second lead guitarist Damin Bennett and drummer Denny Archer, AXEMASTER is back stronger than ever! „Crawling Chaos“ contains 10 tracks of powerful Power Metal in the old US tradition combined with modern guitar work. In this metal spirit, the album includes a new version of the band’s classic song from 1988 „Death Before Dishonor“.

„Crawling Chaos“ shows the band’s evolution while still paying respect to their roots, classic US Metal for open minded people!!!!!!

LAMORI – Official Video For “To Die Once Again”

Melo-gothic metal act LAMORI are proud to present the official video for the song “To Die Once Again”. “To Die Once Again” is the title track taken from their latest album released early this year via Wormholedeath worldwide.
The band stated
“We always thought that the title track of our latest album deserved a music video. It is with great excitement that we now finally get to release it. We wanted a very pure and innocent look for the video, but like the song, the ending comes with a bittersweet surprise.”