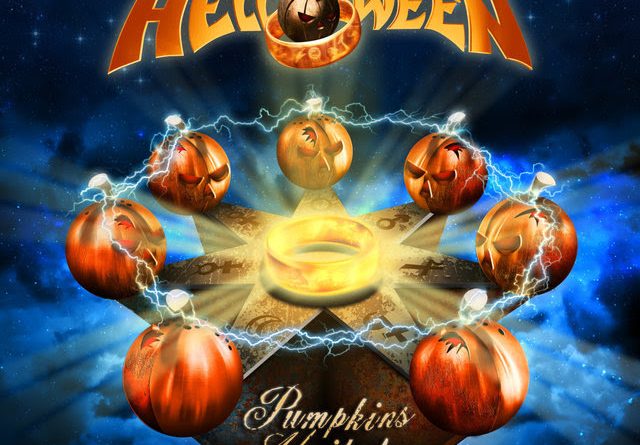 There’s only one metal band that is able to hit official album charts on #1 in their home country Portugal, while they belong to the worldwide pioneers of dark art: Naturally and for the first time ever, MOONSPELL‘s brand new album ‘1755‘ comes and is sung in portuguese. Set for release on November 3rd 2017 on Napalm Records, this record will outclass all standards you have ever heard from MOONSPELL before!

The conceptual album dramaturgy feels like a detonation of the mind. ‘1755’ , the 13rd studio record by MOONSPELL, is more than just the band’s new magnum opus: It’s the musical version of the year of horror where a giant earthquake wrecked their hometown Lisbon.
‘1755’ is a dark adventure in medieval landscapes – emotionally, technically and completely earthshaking!

Now the band premieres a new lyric video for the song ‘Evento‘ ( english: ‘Event’ ), vocalist Fernando Ribeiro informs us: “Bury the dead. Take care of the living”. Is one of the most famous quote of Marquis of Pombal (Sebastião José Carvalho e Melo), the minister of the King who together with the crowds of Lisbon and his engineers rebuilt a new Lisbon from the ashes and ruins of the old in just one year time. Event talks about fate, a dialogue built between the narration of the day and the state of mind of Lisbon’s inhabitants and the all powerful choir telling me to be still and accept God’s will. This conflict and the desacralisation of Lisbon is one of the most interesting aspects of this accursed day. A fight that allowed Portugal to step out finally from the Middle Ages and make the country’s entry into Enlightenment.”

Get back to the year of ‘1755‘ and check out MOONSPELL‘s brand new lyric video for ‘Evento‘ below:

The »Pumpkins United World Tour« is going to be raw awesomeness! The news of Andi, Michi, Kai, Weiki, Sascha, Markus, and Dani sharing the same stage has caused shockwaves across the metal world. Allow us to briefly show off with some numbers: The super tour, with plenty of dates sold out for a while now, will be witnessed by more than 10,000 in Mexico City, 16,000 Brazilians will be rocking out in São Paulo, 9,000 have checked in at Santiago de Chilewhile in Stuttgart there’ll be 6,000; 8,000 can’t wait until the Milan show. Finally there will be ultimate mayhem at the mega show in Prague with 12,000 tickets sold as well as in Madrid with, believe it or not, 14,000 (!) Spanish Pumpkinheads. No wonder, the metal press feature hardly any other band on their cover stories, while the world’s biggest metal mag, Burrn!, dedicates an unbelievable 41-page spread to PUMPKINS UNITED. This world tour will be forever unforgettable for the entire band and far more than 100,000 HELLOWEEN maniacs all over the planet.

As we all know, HELLOWEEN is addictive – and so the boys can’t wait for the tour to start either and are making yet another sensational announcement while hunkering down in the rehearsal room: PUMPKINS UNITED are not only preparing to share the live stage, but have also written and recorded an exclusive song together. This year, Christmas and New Year’s eve happen in October, because the aptly titled track ‘Pumpkins United’ blends everything that has made this band world-famous and a true trailblazer of an own sub genre: power guitar riffs, three-part guitar solos, double bass thunderstorms, and melodic-anthemic choruses soaring above all else, performed by all three singers in the band’s history! So this track is all about maximum “UNITEDfeeling” and a dream hardly anyone thought would come true. And now for the cherry on top: As a thank you to all fans for a quarter of a century of HELLOWEEN mania and decades of loyalty, ‘Pumpkins United’ will be available via helloween.org from October 13 as a FREE DOWNLOAD!

RAM releases video clip for ‘On Wings Of No Return’

In anticipation of this release RAM have now released a full production video for the 2nd single ‘On Wings Of No Return’! Watch it below:

Comments RAM: “We assembled the same team that worked on the “Flame of the Tyrants” video, to present this macabre tale of unhealthy fandom, the countryside, digestion of biohazardous waste, chainsaws and family! The song is another RAM neckbreaker that we are certain will become a live classic!”