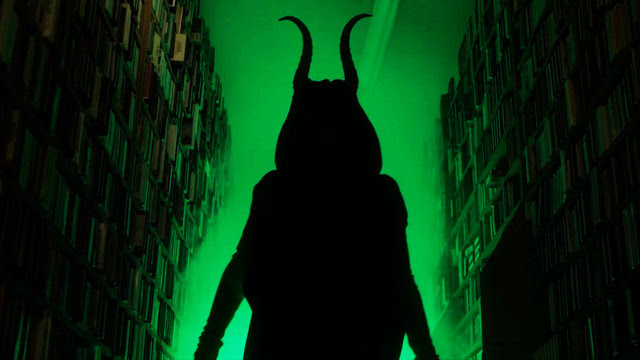 Richmond, Virginia‘s MUNICIPAL WASTE released their sixth studio album »Slime And Punishment«, a year ago via Nuclear Blast. In support of that release, the band are about to embark on a run of 20 club and festival dates, across nine countries in Europe (the whole itinerary can be found below). To mark the occasion, the guys have unleashed a brand new music video for the album’s title track ‘Slime And Punishment’. Watch it here:

“Teaming up with Norman Cabrera for this video was a match made in horror. His 35 years experience with practical FX in film shined through as you‘ll see in this latest WASTE clip. Not only a fan of monsters, he’s a metal lifer like us, so we saw eye to eye on the aesthetic of everything involved. Initially, Norman approached me to make a mask for MUNICIPAL WASTE, which has been his specialty for many years. I said why don’t you do us one better and make a damn video?! He leaped on the opportunity and even stepped up as the director, as well as the effects designer, making multiple masks and creating the horrific world of ‘Slime And Punishment’. We all grew up on VHS and that played a major inspiring role in the video as well. It was like making a movie, all the work that went into this and there are countless people to thank. I have to give shoutouts to Slasher Dave for composing the intro score and Joel Grind for taking us out with the synth outro, bookending this nightmare perfectly.” – Ryan Waste

Be sure to check out video director Norman Cabrera‘s Instagram profile: https://www.instagram.com/norman_cabrera_monsters

“Sacred Martyr”, the second song from Sinsaenum’s forthcoming new album “Repulsion For Humanity”, sees its premiere today. Accompanied by a lyric video, the radical track raises the bar
of what is yet to come. The powerful, bone-shattering roars of Lauren Hart (Once Human), the hottest discovery in metal, merge perfectly with Sean Zatorsky’s angry performance and the over
the rooftop guitar solos, picking up the song’s lyrics: “The thrill of the game is to drive you insane” The lyric video can be seen below:

The Texas-based “super metal” quartet IMMORTAL GUARDIAN – whose “face-melting shred” takes progressive power metal to the extreme – has released a digital single for their new song “Zephon,” the first taste of the group’s forthcoming full-length debut. The track can be streamed now on all digital platforms, while a lyric video – which also includes live footage of guitarist/keyboardist Gabriel Guardian performing jaw-dropping solos on both instruments simultaneously – can be seen here below:

“Zephon” will be featured prominently on “Age of Revolution,” IMMORTAL GUARDIAN‘s debut album, which will be released via M-Theory Audio on Sept. 28. The artwork for the album, featured above, was created by the group’s vocalist, Brazilian powerhouse Carlos Zema (ex-Outworld). The album can be pre-ordered now on Bandcamp and through the M-Theory Audio webshop, with additional digital pre-order options to follow in the coming weeks.