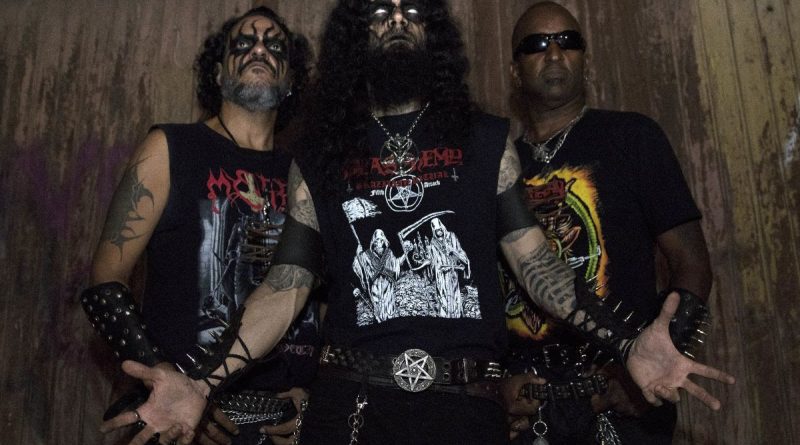 The Brazilian black metal underground stalwarts of MYSTIFIER are now premiering the second new track of their new full length ‘Protogoni Mavri Magiki Dynasteia’, which will be released on March 8th 2019. The next offering named “The Six Towers of Belial’s Path” is now streaming below:

MYSTIFIER lead guitarist Beelzeebubth comments on the track: “Today is my Birthday my metal friends, and you will get a gift (from Darkness) too. Let’s celebrate this day by listening to another song from our upcoming album to be released on Season of Mist on March 8th. May our day be wonderful and may you celebrate 1.666 birthdays for many years to come with me. But don’t forget that there is one important challenge to complete today… Follow the Six Towers of Belial’s Path!”.

2018 was the breakthrough year for American Heavy Metallers VISIGOTH and 2019 is looking just as bright for the Salt Lake City powerforce!

There will be a few exciting announcements coming shortly from the band’s camp, but first of allVISIGOTH would like to thank their loyal and constantly growing fanbase with a video clip for ‘Traitor’s Gate’, one of the key songs of their latest album ‘Conqueror’s Oath‘. The video features live footage from VISIGOTH‘s festival shows at Hell Over Hammaburg, Keep It True and Bang Your Head and was edited by Oliver Bomber Barth for Visions in Fear. Check it out at:

Italian metallers S.R.L. have just released the playthrough video of the song “VERTIGINE”, celebrating the release of their new album “Hic Sunt Leones”, coming out today via ROCKSHOTS RECORDS.

“Hic Sunt Leones” is eventually available for purchase at the record label official store at the following link
➤ http://smarturl.it/SRL_HicSuntLeones