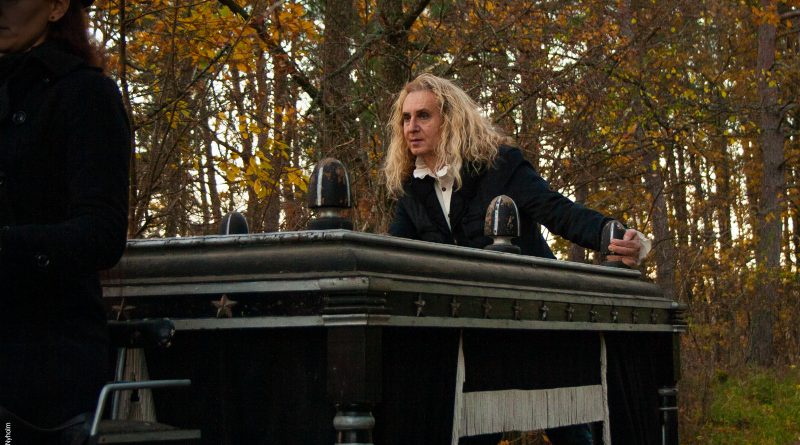 Nad Sylvan – ‘The Regal Bastard’ out now; video for ‘I Am The Sea’ launched

Nad Sylvan’snew album ‘The Regal Bastard’ is out now. His third album for InsideOutMusic, and his 5th overall, this record is the final part of the Vampirate trilogy that the Steve Hackett vocalist began on 2015’s ‘Courting The Widow’.

Today he launches a video for the track ‘I Am The Sea’, and you can watch that here:

Extreme metal four-piece NARCOTIC WASTELAND – the full-time project of former Nile frontman Dallas Toler-Wade – will head out on a 20+ city North American tour supporting San Diego’s Death Metal band PATHOLOGY on selected dates, beginning August 7, 2019, in Columbus, OH and hitting several states and provinces, coming to an end in Wichita, Kansas on September 7, 2019. Select dates will also feature support from CONTRARIAN and MALIGNANCY.
NARCOTIC WASTELAND recently released a guitar playthrough video, featuring Dallas Toler-Wade, for the song “Addicted to Junk.” Check it out below:
“Addicted to Junk is one of my favorite songs off the debut album and one of the most challenging for me to play, so I practice it often. I have known Edwin Rhone since I was a young teenager and his songwriting and guitar playing is very inspiring to me. Addicted to Junk was the first song Ed and I had written together since 1994, so for that reason it’s very special to me.”
– Dallas Toler-Wade

VISIONS OF ATLANTIS – Release Lyric Video ‘Heroes of the Dawn’

“Heroes of the Dawn” is the first glimpse of a new chapter for VISIONS OF ATLANTIS.Epic melodies take the listener into an unknown world in which symphonic metal reigns. A captivating chorus gives the listener hope for more and awakens anticipation forWanderers. Today, VISIONS OF ATLANTIS releases the first lyric Video to the new single“Heroes of the Dawn”.

This will be one of the most intense and profound Symphonic Metal albums of the last 15 years. At the end of August, a breathtaking journey will commence: VISIONS OF ATLANTIS start their musical search to find the truth and light that lies inside each one of us, overcoming the dangers and fears, daring to sail the seas that lead to self-realization, raising love as banner.

VISIONS OF ATLANTIS on the new album:
“This is our heart & soul, the essence of Visions Of Atlantis.”