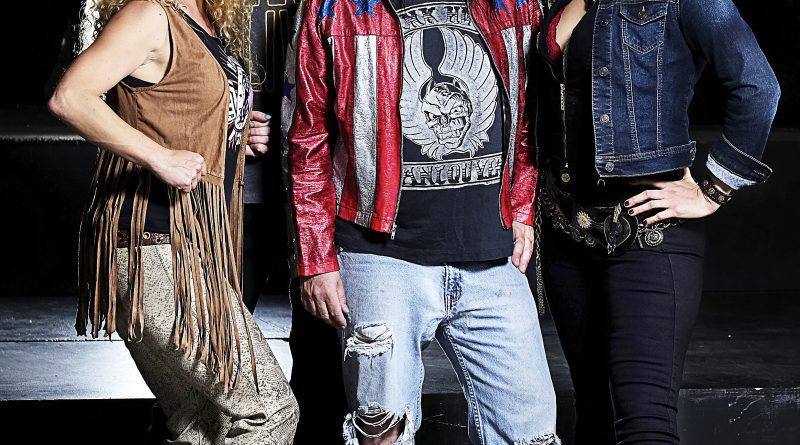 Nashville Pussy celebrate the release of their brand new studio album ”Pleased To Eat You” with the premiere of their official music video for the album’s opening track “She Keeps Me Coming And I Keep Going Back”:

“Ruyter and I have always wanted to make a record that we could play for our families. Well this ain’t it!!”, says Blaine Cartwright about the album’s opening track. “From the first line of this opening song it’s like the loud hillbilly neighbors banging on your front door and demanding to party. And not taking no as an answer.”

Portuguese heavy metallers Revenge Of The Fallen just released their newest single, “Vicious Pride”. It’s from the upcoming EP “Pareidolia” that will be release digitally in October. Below you can hear and see the lyric video for “Vicious Pride”.

The band will be on the stage on three confirmed shoes: 29 de Setembro on Moto Clube de Sacavém, 13 Outubro on Incrível Almadense (Soul Rising Fest) and 27 de Outubro on the Moto Clube de Alverca (Road Fest)

Belgian thrash metallers DEATHTURA are proud to announce that they have signed with WormHoleDeath for the release of their debut album “DIVISION”.
“Division” has been enginereed, recorded, and mixed by Wahoomi Corvi and Cristian Coruzzi at RealSound Studio (Parma, Italy).
The full lengh album will be released on 26 October 2018 via Wormholedeath / Aural Music Group / The Orchard / Wormholedeath USA.

Band Statement :
“Looking back on this experience some months after the recording, we can only confirm what we already knew. We rediscovered a world that we thought we already knew and we will never be able to thank enough the team that allowed us to live a young band’s dream. Travelling for our music, share what we have to say and live one month with friends in a small apartment has been an awesome experience. We know we still have a lot of work to do now, and we’re all impatients to see what the future holds for us. The team was really professional .  We thank all of you again and we are 100% ready to promote this album. “

To celebrate the event, DEATHTURA released the SINGLE and OFFICIAL VIDEO for the track “ESCAPE THE TIME”!!