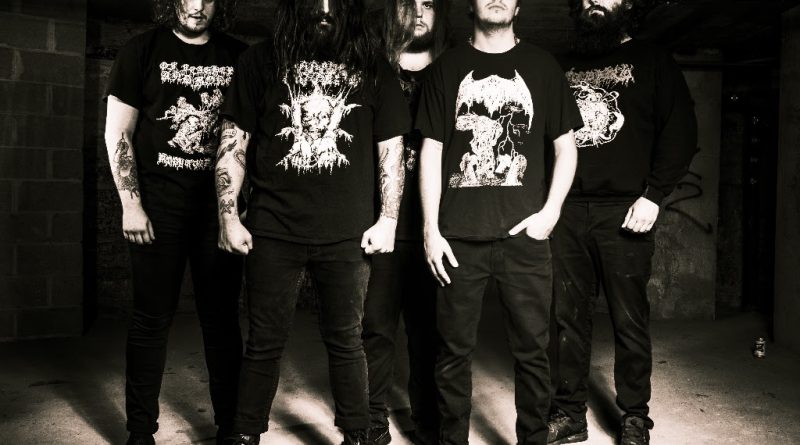 OUTER HEAVEN’s debut album Realms of Eternal Decay is due out October 12th on CD/LP/Digital via Relapse Records. Physical packages are available via Relapse.com HERE and Digital Downloads / Streaming Services AT THIS LOCATION.

Portuguese thrashers All Against are back! The Odivelas band formed in 2015 and with their first release in 2016 (“Medusa” EP), recorded and produced on their own, have been working on their newest EP, “Feed The Machine” and “Strip You To The Bone” is the chosen single to represent it. You can watch the lyric video for “Strip You To The Bone” below:

This EP represents the band’s evolution, and was recorded before Luis Silva left the band, this is his mark. Thrash is Back!

Days away from the release of her triumphant third full-length album On Dark Horses, Emma Ruth Rundle has unveiled a darkly romantic music video for “Light Song.” No stranger to mining her life for inspiration, this new track and its accompanying video celebrate a completely new chapter for the songwriter; after sparks turned to an undeniable infatuation between her and Evan Patterson of Jaye Jayle (resulting in their 2017 Johnny & June-esque split EP The Time Between Us), Rundle uprooted her life on the west coast in favor of Patterson’s hometown of Louisville. That sense of settling, of roots digging into new soil and heartbeats steadying into a daily rhythm, is what propels the record. Strapped with equestrian themes and Patterson on backing vocals, Rundle’s new environment is as much of a character throughout the album as she herself.  With Rundle’s breathy but brooding vocals coupling with Patterson’s smoky baritone, “Light Song” flaunts their artistic duality and flair for aural drama, a powerhouse partnership that is only amplified by stalwart backing rhythms.
Written during the rare lulls throughout two years of relentless touring, the songs that comprise On Dark Horses are as disquieting as they are ethereal. Preening the wounds that were laid bare with 2016’s Marked For Death, these eight new tracks capture and envisage Rundle’s artistic evolution—vestigial traces of 2011’s Electric Guitar: One’s savvy guitar work, the heart-on-sleeve intensity of Some Heavy Ocean (2014), and the high-stakes torch songs of Marked For Death can all be heard in equal and harmonious accord.
On Dark Horses will be released this Friday, September 14th via Sargent House. Pre-orders are available here.